The verb got there first

It sometimes seems as though we base our usage guidelines for the English language on the same principle of fairness that we use for squabbling children. While this may be of some limited efficacy when dealing with one’s progeny—“Now Billy, I know you wanted to be an astronaut for Halloween, but you already chose the superhero costume, and Clara has had her heart set on being an astronaut for weeks now....”—it tends to run into problems when we apply it to issues of language (“Now impact, I know you wanted to be a verb, but you already picked out your noun costume, and affect has been a verb for decades now…”). 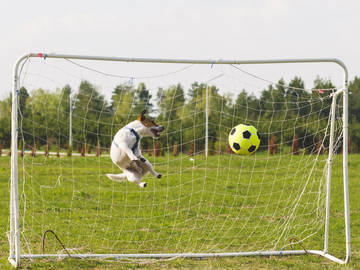 There was a lonely time, long ago, when meteors came streaming out of the sky and made a big impact. I am your true antique, for I can recall when impact was not a verb. Nowadays, something is always impacting something else, and emphatically I am not talking of operations in the dentist's office. Impact, the verb, is merely a pseudo-technical dressup, a feeble attempt to make the obvious seem refined, or remote, or special. It is more weaselry.
—Rex Murphy, The Globe and Mail (Toronto, Ont.), 6 Jan. 2001

Impact players really do exist and every good team needs one, but "impact" is not a verb and it never will be.
—Paul Woody, Richmond Times Dispatch, 2 Jan. 2000

What's wrong with these statements? After all, many doughty and fearless defenders of English believe that impact should not be used as a verb, and our language, in its typical munificence, has supplied us with many verbs which one may use instead (such as affect, impinge, influence, etc.). The problem with saying that a certain word is never used as a certain part of speech is that pesky things like evidence tend to refute such blanket statements.

Cold things must bee applped (sic) in the beginning to hinder the confirming of the griefe, but the vse of them after the beginning, impacteth the matter and encreaseth the payne.
—William Clowes, A Prooued Practise for all Young Chirurgians, 1588

The above citation not only illustrates the use of impact as a verb, it provides evidence of such use approximately 200 years before the word began to be used as a noun (the noun use of impact begins to show up at the end of the 18th century). Impact has been in regular use as a verb for well over 400 years now; its earliest uses were primarily to describe problems with the way the body functioned (dealing with impacted teeth, bowels, and suchlike) which no one needs to read about over lunch, so we’ll omit giving you graphic citations of this use.

If the verb form of impact is so much older than the noun form, why did we decide that it was somehow improper? One possibility is that the figurative use is what rubbed people the wrong way. Impact began to be used figuratively as a noun (referring to “effect,” rather than “collision”) in the early 19th century. In the early 20th century the verb followed down the figurative path, and when used in an intransitive manner (“to have an impact”) people began to complain about it.

In the late 20th century the figurative uses of impact increased considerably, which likely contributed to the feeling that use of the word as a verb was a recent development.

At the technology session that impacted on the development of electronic publishing….
—Publishers Weekly, 1 Jan. 1982

It is perfectly reasonable to dislike this use of the word, and to argue that other words would be better choices. However, to claim that something that has been used as a verb for over four centuries is not actually a verb is, we must point out, a logically indefensible position.

Whether you choose to use impact as a verb is up to you. If you decide to err of the side of caution, no one will fault you for your choice. Impact has also seen extensive use as an adjective over the past few hundred years, but if you feel the need to made some definitive statement about this word, we may suggest that you can feel comfortable in declaring in stentorian tones the following: “Impact is not an adverb!” No one will fault you on that.