: marked by an impassive matter-of-fact manner, style, or expression
a deadpan comedy

: in a deadpan manner : without emotion : blankly
Larry David started out in the 1970s doing stand-up in comedy clubs such as Catch a Rising Star, where if he came out on stage and did not like the audience he would stare at them deadpan … and walk off.

1
: a deadpan manner of behavior or presentation
2
: a completely expressionless face

: to express in a deadpan manner
deadpanner noun

Adjective he delivered the joke in such a deadpan voice that we thought at first that he was serious Noun He tells the joke in his best deadpan. She's a master of deadpan. Verb “I went back to doing push-ups again, and this time I almost completed one,” he deadpanned.
Recent Examples on the Web
Adjective
Stallone provides just the right amount of world-weary gravitas and deadpan humor to put over the hokey material.

Frank Scheck, The Hollywood Reporter, 25 Aug. 2022 But Relisha Rudd Day is about much more than the 8-year-old whose photos — both the ones of her smiling and the one of her deadpan stare — haunted D.C.

Petula Dvorak, Washington Post, 11 July 2022 At the Dumbo gallery Higher Pictures Generation, an exhibition of six of these images, made between 2015 and 2021, shows that the pair has found a winning balance between deadpan absurdism and formal acuity.

Johanna Fateman, The New Yorker, 3 Nov. 2022 Braunger has an intense sarcastic delivery that builds up an impressive amount of deadpan comic energy.

Jason Zinoman, New York Times, 27 Oct. 2022 Then a very Mike White sigh and a deadpan line about saving a few bucks on the production.

Steve Conroy, Hartford Courant, 24 Oct. 2022 Other standouts among a very solid cast include Plaza, who deploys her signature deadpan delivery to hilariously uncomfortable effect as a woman whose harsh judgments barely conceal her own insecurities.

Michael Schulman, The New Yorker, 10 Oct. 2022
Noun
And then there’s larcenous Aunt Debra, played with deader-than-deadpan humor by a hilarious Bonnie Milligan, who would, ahem, steal the show if it were not written with such exquisite balance.

Jack Irvin, Peoplemag, 3 Oct. 2022 In typical Patton Oswalt deadpan, the actor and comedian kicks off his newest and just-released Netflix standup comedy special with some borderline dad humor about breaking his foot earlier this year.

Angie Martoccio, Rolling Stone, 17 Aug. 2022 These drawings were masterpieces of American deadpan, at once hilarious in their solemnity and blessedly free—quick-witted in their design and in their parody of heroic architectural renderings.

Adam Gopnik, The New Yorker, 21 July 2022 Posing in front of a wooden wall and studio equipment, the photo sees Dre, 57, grinning ear-to-ear in an all-black outfit next to a deadpan-appearing Eminem, 49, sporting a gray hoodie, black baseball cap, graphic tee and black jeans.

Deanna Janes, Harper's BAZAAR, 15 July 2022 For the most part, Gorr simply gives Thor another chance to play the hero, which Hemsworth does with a stellar deadpan and appreciable suppleness.

BostonGlobe.com, 11 June 2021 The prize, Brady deadpans, is two weeks in Dayton, Ohio, which the 51-year-old concedes sounds a little like a Vaudeville punchline.

These example sentences are selected automatically from various online news sources to reflect current usage of the word 'deadpan.' Views expressed in the examples do not represent the opinion of Merriam-Webster or its editors. Send us feedback.

circa 1928, in the meaning defined above

1933, in the meaning defined above

circa 1942, in the meaning defined above 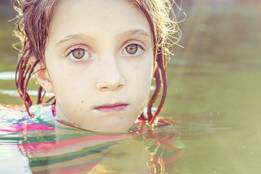 A Matter-of-Fact Look at 'Deadpan'

Surely we can be serious.

dead·​pan
ˈded-ˌpan
: a face that shows no emotion
deadpan adjective or adverb

More from Merriam-Webster on deadpan