Once frowned upon, the verb 'contact' is now widely accepted

Change is an inevitable thing in a living language; even the peeves that cling to it, lamprey-like, will alter over time. The grumbles, whinges, and peeves surrounding your grandparents’ English are often different than those encountered today. For evidence of this shift we need look no further than the feelings that people for much of the 20th century had for the word contact, when it was used as a verb meaning "to call or write to (someone or something)."

Don’t contact anyone: get in touch with him, call him, write him, find him, tell him.
-Sheridan Baker, The Complete Stylist, 1966

As a transitive verb, the word is vague and self-important. Do not contact people; get in touch with them, look them up, phone them, find them, or meet them.
-William Strunk and E. B. White, The Elements of Style, Fourth ed., 2000 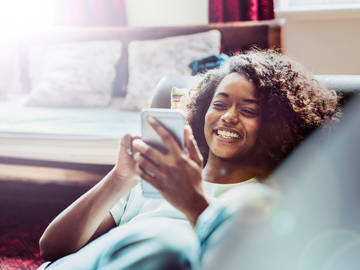 For much of the 20th century, usage commentators frowned on the use of 'contact' as a verb. These days, it is widely accepted.

These are rather mild condemnations of the word, and fail to properly show the extent to which contact bothered people. Some people took exception to its being used as a verb, while others accepted its verbness, but thought that it should only be used in an intransitive role (meaning it would have no direct object). Rex Stout, the mid-century mystery novelist, had his famous protagonist, Nero Wolfe, convey a deep and abiding sense of displeasure with people who use contact as a verb of any kind.

“I went out to Richdale and made inquiries. I contacted a young woman—as you know, I am especially effective with young women—“ “Contact is not a verb and I said be brief.” “Yes, sir. The last time you told me that I looked it up in the dictionary and I certainly don’t want to contradict you but it says contact is a verb. Transitive or intransitive.” “Contact is not a verb under this roof.”
-Rex Stout, Black Orchids, 1942

I should have warned them that the use of “contact” as a verb was not permitted in that office. Now Wolfe would have it in for him.
-Rex Stout, And Be a Villain, 1948

“About a month ago I put ads in the New York papers, and I contacted the New York police, and—What’s the matter?” “Nothing. Go on.”
It was not nothing. Wolfe had made a face … One man who had made “contact” a verb in that office had paid an extra thousand bucks for the privilege, though he hadn’t known it.”
-Rex Stout, Might as Well be Dead, 1956

Nero Wolfe’s strong feelings on this matter notwithstanding, contact is obviously a verb, and well-nigh everyone today uses it as one. In fact, it appears to have begun being used as a verb not long after people began using it as a noun; both parts of speech originated in the 17th century. For a long time most people had no issue with how either one was used, but in the early 20th century the use of contact as a transitive verb became common in North America, particularly in business-speak, and soon people were waxing apoplectic about it.

In terms of pure splenetic inventiveness, there have been few complaints that have matched the one by F. W. Lienau, an executive at Western Union, articulated in a memo sent to his staff: “Somewhere there cumbers this fair earth with his loathsome presence a man who, for the common good, should have been destroyed in early childhood. He is the originator of the hideous vulgarism of using contact as a verb. So long as we can meet, get in touch with, make the acquaintance of, be introduced to, call on, interview or talk to people, there can be no apology for contact.” We may all of us have some issues with the way the English language is progressing, but few of us have the requisite peevishness and poetry to begin our complaints with a line such as “somewhere there cumbers this fair earth with his loathsome presence....”

One of the initial reports on this memo came from the New York weekly review The Commonweal, which approvingly wrote “We are all for Mr. Lienau. He sounds like the man to deal with certain other things that afflict us: with 'name’naddress,' for example, which is all but universal; with people who 'meet up with' someone; with styles that 'slenderize'…"

By the late 20th century there was a general acceptance of the transitive contact, even among those who thought the language was made poorer by its addition. The second edition of the Harpers Dictionary of Contemporary English Usage, published in 1985, wrote “When contact first appeared as a verb meaning “to get in touch with” or “to go see,” connoisseurs of language were horrified by it ... Usage has outlived the scorn of purists and contact is deemed acceptable by several dictionaries as a colloquial verb.” They took pains to note that “’colloquial’ means that it is acceptable for conversation and informal writing but not for formal papers and speeches,” before moving on to ask their in-house panel of linguistic arbiters how they felt about the matter.

Several of them felt just fine with contacting others. But Heywood Broun replied “I do not use business jargon.” Edwin Newman wrote “No, I did at one time but not since I learned better.” Most of the panelists appeared to have accepted the usage, albeit with feelings of misgiving. George Cornish wrote “I would not say ‘Let’s contact him,’ but I no longer quarrel with those who do.” And Walt Kelly sighed in with “I suppose that, having admitted the camel’s nose, we might as well admit the whole camel, but it makes for a messy tent.”

The noise surrounding this odd controversy has died down to barely a murmur (we don’t even get online complaints left in the comments about this use). Yet just in case some of you have heard that this is the sort of thing that one should avoid, you needn’t worry; you may use contact as any sort of verb you want. The usage note crafted by our editors for this sense provides an admirably succinct take on the matter: “The use of contact as a verb, especially in sense 2b, is accepted as standard by almost all commentators except those who write college handbooks."