GAMES BROWSE THESAURUS WORD OF THE DAY WORDS AT PLAY SETTINGS
Word of the Day : December 31, 2019

1 a : a social gathering with dancing

b : a usually large or lavish party

At a glance, shindig appears to combine shin and dig, and thus might seem to suggest a painful kick to the leg—especially when you know that one of the first senses of shindig in English refers to a gathering at which people dance. It is more likely, however, that shindig is an alteration of shindy, which is itself the alteration of another word, shinny, used of a variation of hockey that is played with a curved stick and a ball or block of wood. It's not entirely clear how the game of shinny gave shindy its first meaning (the "social gathering with dancing" meaning that is also the original meaning of shindig) but shinny remains the most likely origin.

"Justin Bieber and Hailey Baldwin tied the knot for the second time, one year after legally getting married in a New York City courthouse. The star-studded shindig took place in South Carolina … with a weekend of festivities culminating in a ceremony and reception for 150 guests." — Jordan Julian, The Daily Beast, 2 Oct. 2019 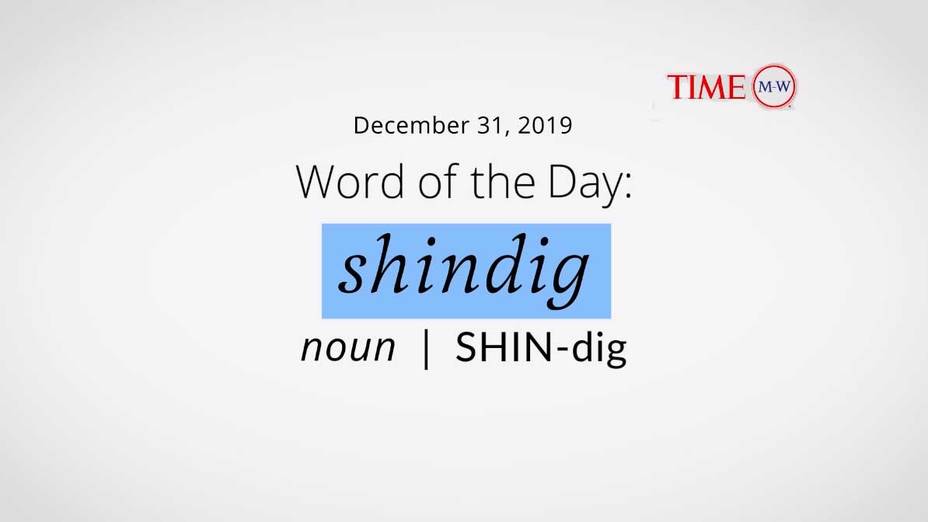