GAMES BROWSE THESAURUS WORD OF THE DAY WORDS AT PLAY SETTINGS
Word of the Day : January 1, 2020

In Latin, redux (from the verb reducere, meaning "to lead back") can mean "brought back" or "bringing back." The Romans used redux as an epithet for the goddess Fortuna with its "bringing back" meaning; Fortuna Redux was trusted to bring those far from home back safely. It was the "brought back" meaning that made its way into English. Redux belongs to a small class of English adjectives that are always used postpositively—that is, they always follow the words they modify. Redux has a history of showing up in titles of English works, such as John Dryden's Astraea Redux (a 17th-century poem on the happy restoration and return of the majestic Charles the Second), Anthony Trollope's 19th-century Phineas Redux, and John Updike's 20th-century Rabbit Redux.

Following a spell of unseasonably warm weather in late March, April felt like winter redux as temperatures plunged back below freezing.

"With No. 1 LSU and No. 2 Alabama facing off in the 'Game of the Century' redux, ticket prices are surging to levels rarely seen across college football." — Jeff Nowak, The New Orleans Advocate, 5 Nov. 2019

Fill in the blanks to complete an adjective that means "marked by accurate discernment, judgment, or assessment": t _ _ nt _ - _ _ en _ y. 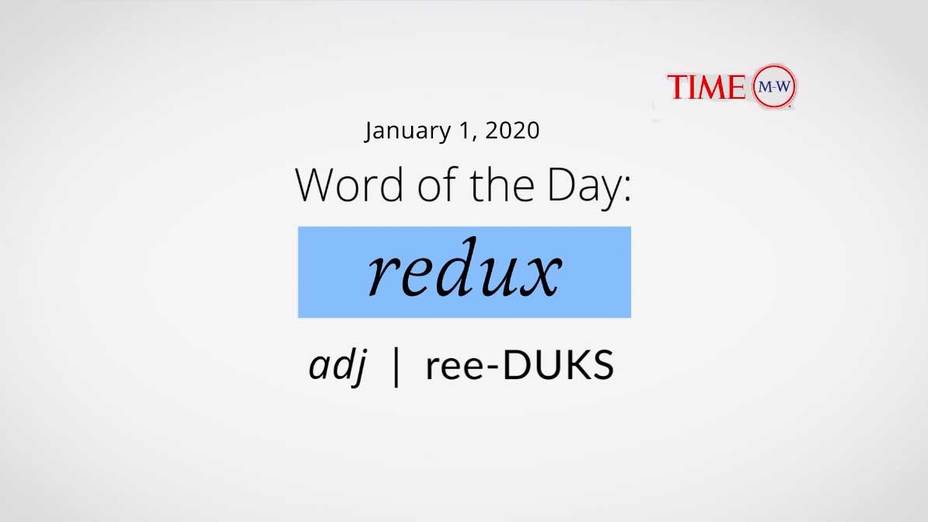