also  -thət
1
a
: a characterizing word or phrase accompanying or occurring in place of the name of a person or thing
b
: a disparaging or abusive word or phrase
c
: the part of a taxonomic name identifying a subordinate unit within a genus
2
obsolete : expression
epithetic
ˌe-pə-ˈthe-tik

Nowadays, epithet is usually used negatively, with the meaning "a disparaging word or phrase," but it wasn't always that way. Epithet comes from Greek epitithenai, meaning "to put on" or "to add." In its oldest sense, epithet is simply a descriptive word or phrase, especially one joined by fixed association to the name of someone or something, as in "Ivan the Great" or the Homeric phrase "wine-dark sea."

His charitable works have earned him the epithet “Mr. Philanthropy.” Many were offended by her use of racial epithets. a group of angry people hurling epithets at one another
Recent Examples on the Web New Mexico was the original Sunshine State, proudly plastering the epithet on its 1932 license plates.

Cory Graff, Smithsonian Magazine, 4 Dec. 2022 Fong called a meeting of fifth-graders, and, in condemning the epithet as unacceptable and hurtful, repeated it herself.

Ben Okri, The New Yorker, 12 Sep. 2022 That divine epithet found its way into the British press in 1840 when Grisi performed in London to great acclaim.

Ben Zimmer, WSJ, 8 Sep. 2022 He was harassed by residents at a council meeting, called a homophobic epithet and followed near his home.

Alan Feuer, BostonGlobe.com, 13 Aug. 2022 In 2018, the show became part of the news cycle when Bee used charged epithet that refers to a part of the female anatomy to insult President Donald Trump’s daughter, Ivanka.

Brian Steinberg, Variety, 25 July 2022 Jacobs was one of four players disciplined by the MAC for their roles in a video with a racial epithet, vulgar language and taunting that surfaced on social media.

Allen Moff, USA TODAY, 13 Mar. 2022 As the Globe reported in early June, Georgetown police found no evidence that anyone associated with Georgetown targeted Roxbury Prep with a racial epithet.

These example sentences are selected automatically from various online news sources to reflect current usage of the word 'epithet.' Views expressed in the examples do not represent the opinion of Merriam-Webster or its editors. Send us feedback. 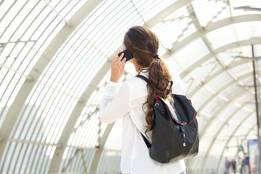 When a name becomes an epithet

1
a
: a word or phrase (as Lionhearted in "Richard the Lionhearted") that expresses a quality thought to be characteristic of a person or thing
b
: a word or name used as a term of abuse
2
: the part of a taxonomic name identifying a subordinate unit within a genus
epithetic
ˌep-ə-ˈthet-ik

ep·​i·​thet
ˈep-ə-ˌthet also -thət
: the part of a scientific name identifying the species, variety, or other subunit within a genus see specific epithet

More from Merriam-Webster on epithet