informal
: name, nickname
"Hoosier" is a common moniker for a resident of Indiana.
Twentysomethings. Generation X. Slackers. Why isn't there a standard moniker for the flannel-clad, grunge-happy, jaded, cynical loafers born in the Sixties and Seventies?—

James Aley
Living up to the exclamation mark occasionally inserted into her moniker, P!nk belts loudly, raps lustily, moans orgasmically, and, unlike Britney, is altogether believable as an out-of-control party monster.—

David Browne
More than a half-dozen automakers have announced electric pickup trucks, and Ford has chosen the Mustang monicker for its new compact electric SUV.—

He earned the moniker “Gator” from his days wrestling alligators in Florida. I think “Happy” is an appropriate moniker for someone who smiles so much.
Recent Examples on the Web That will be the temporary moniker for the building where the NBA team plays its home games, while the search for a more permanent naming-rights partner commences. —

Tim Reynolds, Sun Sentinel, 13 Jan. 2023 Though it's called the Ganges in English, the river's name is Ganga in India, hence the ship's moniker. —

Lilit Marcus, CNN, 12 Jan. 2023 Nollywood is the moniker for the Nigerian film industry. —

Tesfaye Negussie, ABC News, 16 Dec. 2022 Named after the historic moniker for the Jordanian city of Irbid (the founder and chef's hometown), Arabella puts out spot-on Mediterranean recipes that have been passed down for generations, often with a Third Coast twist. —

Brooke Viggiano, Chron, 1 Dec. 2022 Archy Marshall is the moniker of King Krule, specifically used when the Londoner pulls back on his signature baritone crooning style in exchange for something that leans a bit more hip-hop heavy. —

Joey Capparella, Car and Driver, 17 Aug. 2022 The name played off a common moniker for the men’s national team, The Three Lions. —

Ben Zimmer, WSJ, 4 Aug. 2022 In the past decade, Atlanta has earned the moniker Hollywood of the South. — 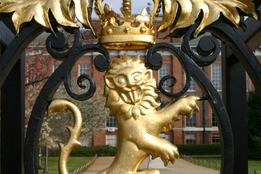