GAMES BROWSE THESAURUS WORD OF THE DAY WORDS AT PLAY SETTINGS
Word of the Day : January 23, 2020

1 : of or relating to another country : foreign

2 a : strikingly out of the ordinary : bizarre

b : exceeding proper or reasonable limits or standards

In olden times, English speakers used the phrase "outlandish man" to refer to a foreigner—or, one who came from an outland, which originally meant "a foreign land." From here, outlandish broadened in usage from a word meaning "from another land" to one describing something unfamiliar or strange. Dress was a common early target for the adjective; English novelist Henry Fielding, in Tom Jones (1749), writes of a woman who was "drest in one of your outlandish Garments." Nowadays, the word can be applied to anything that strikes us as out of the ordinary, from bizarre conspiracy theories to exaggerated boasting.

"In a letter sent to his mother … [T.S. Eliot] wrote, 'I really think that I have far more influence on English letters than any other American has ever had, unless it be Henry James.' It's an outlandish claim, even if one allows for the kind of hyperbole to be found in a letter meant to impress one's parents." — Kevin Dettmar, The New Yorker, 27 Oct. 2019 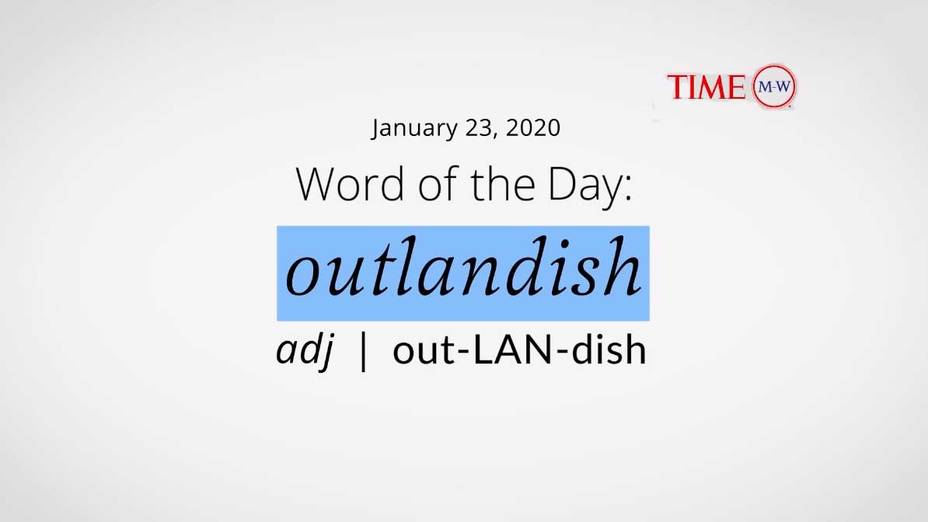 adj. - out of the ordinary or unreasonable