GAMES BROWSE THESAURUS WORD OF THE DAY WORDS AT PLAY SETTINGS
Word of the Day : January 22, 2020

1 : to supply with nourishment

3 : to further the development of : foster

It's no coincidence that nurture is a synonym of nourish—both are derived from the Latin verb nutrire, meaning "to suckle" or "to nourish." The noun nurture first appeared in English in the 14th century, but the verb didn't arrive until the 15th century. Originally, the verb nurture meant "to feed or nourish." The sense meaning "to further the development of" didn't come into being until the end of the 18th century. Mary Wollstonecraft, mother of Frankenstein author Mary Shelley, is credited with first giving life to that sense in her Vindication of the Rights of Woman (1792): "Public spirit must be nurtured by private virtue," she wrote. Other nutrire descendants in English include nutrient, nutritious, nutriment, nutrition, and, of course, nourishment.

The mayor pushed for tax credits for small businesses as a way to nurture economic growth.

"Nurture your marriage. While it's important to keep the kids happy, it's also important to set aside time for you and your spouse." — K. Lori Hanson, The Miami Herald, 17 Dec. 2019 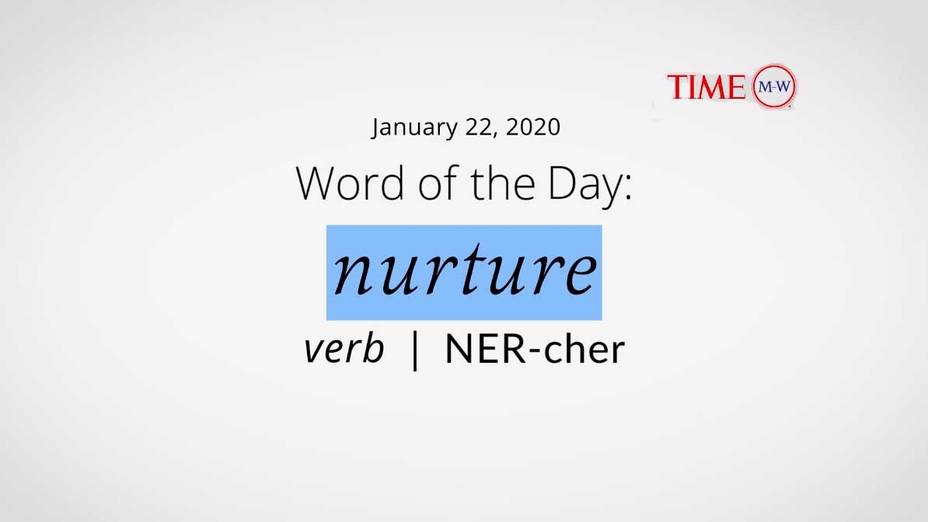 verb - to help to grow, develop, or succeed