GAMES BROWSE THESAURUS WORD OF THE DAY WORDS AT PLAY SETTINGS
Word of the Day : January 24, 2020

: a feeling of well-being or elation

Health and happiness are often linked, sometimes even in etymologies. Nowadays euphoria generally refers to happiness, but it derives from euphoros, a Greek word that means "healthy." Given that root, it's not surprising that in its original English uses euphoria was a medical term. Its entry in an early 18th-century dictionary explains it as "the well-bearing of the Operation of a Medicine; that is, when the Sick Person finds himself eas'd or reliev'd by it." Modern physicians still use the term, but they aren't likely to prescribe something that will cause it. In contemporary medicine and psychology, euphoria can describe abnormal or inappropriate feelings such as those caused by an illicit drug or an illness.

"In February 2014, Xenia gave birth to their daughter, Ella. Ben still recalls the euphoria of watching the nurse place their newborn on Xenia's chest. He still can't quite believe the song that played on the operating room radio, the refrain resounding in that moment: God only knows what I'd be without you." — Caitlin Gibson, The Washington Post Magazine, 9 Dec. 2019

"The floor became a dance-off—in one corner, dozens of girls put all their bags and backpacks in one giant pile, so nobody had to worry where their stuff was, and then danced around the pile in a circle that was really moving to behold, an example of how a Harry Styles concert creates crucial moments of utopian unity and shared euphoria." — Rob Sheffield, Rolling Stone, 14 Dec. 2019 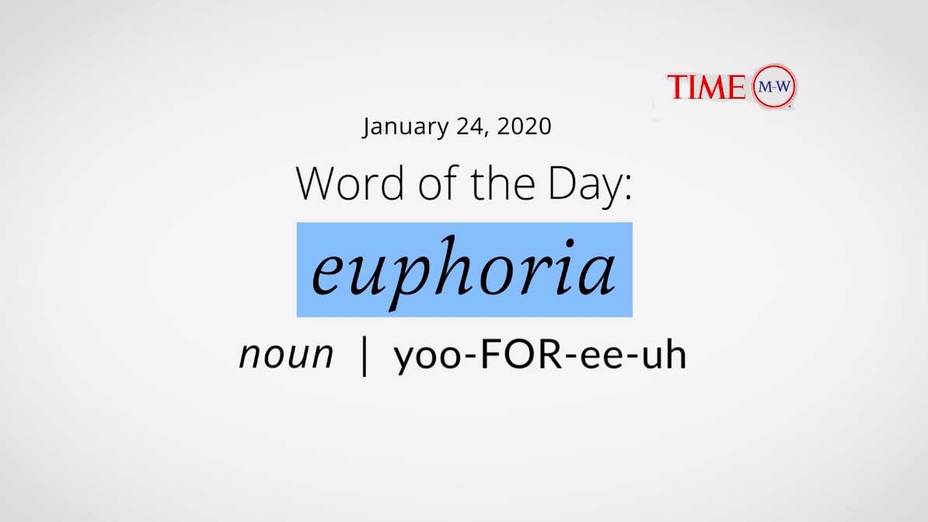 noun - a feeling of well-being or elation