GAMES BROWSE THESAURUS WORD OF THE DAY WORDS AT PLAY SETTINGS
Word of the Day : February 26, 2020

1 : the act or an instance of enjoining : order, admonition

2 : a court order requiring a party to do or refrain from doing a specified act

Injunction derives, via Anglo-French and Late Latin, from the Latin verb injungere, which in turn is based on jungere, meaning "to join." Like our verb enjoin, injungere means "to direct or impose by authoritative order or with urgent admonition." (Not surprisingly, enjoin is also a descendant of injungere.) Injunction has been around in English since at least the 15th century, when it began life as a word meaning "authoritative command." In the 16th century, it developed a legal second sense applying to a court order. It has also been used as a synonym of conjunction, another jungere descendant meaning "union," but that sense is extremely rare.

The family gathered in the room to hear the matriarch's dying injunctions.

"The Benton County district filed a lawsuit asking for the division of fees to be declared unconstitutional and seeking an injunction to have the disputed money held in escrow." — Tom Sissom, The Arkansas Democrat-Gazette, 22 Jan. 2020

What is the meaning of junta, a Spanish borrowing derived from Latin jungere? 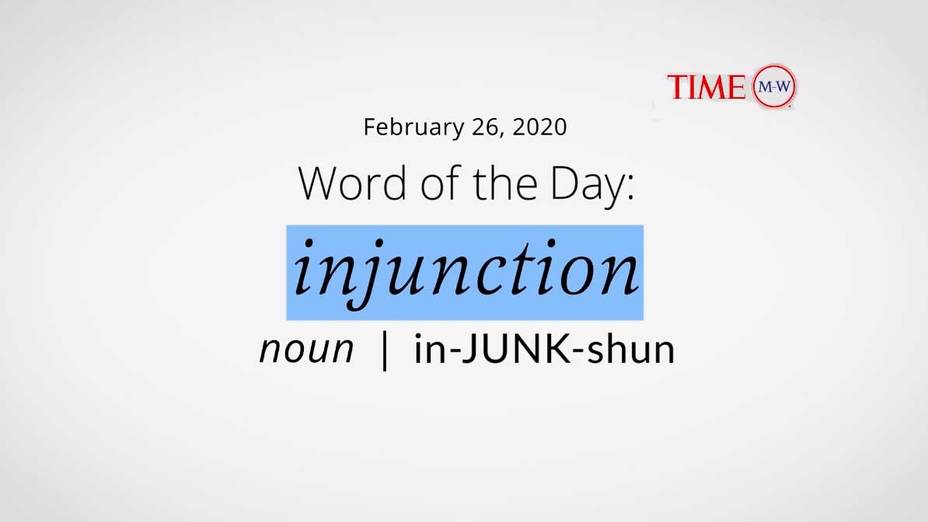 noun - a court order to do or not do something