GAMES BROWSE THESAURUS WORD OF THE DAY WORDS AT PLAY SETTINGS
Word of the Day : October 14, 2019

1 a : suitable to be imparted to the public

b : belonging to the outer or less initiate circle

2 : relating to the outside : external

Exoteric derives from Latin exotericus, which is itself from Greek exōterikos, meaning "external," and ultimately from exō, meaning "outside." Exō has a number of offspring in English, including exotic, exonerate, exorbitant, and the combining form exo- or ex- (as in exoskeleton and exobiology). The antonym of exoteric is esoteric, meaning "designed for or understood by the specially initiated alone"; it descends from the Greek word for "within," esō.

As a specialist writing for a broader audience, Annette faces the challenge of producing an exoteric synthesis of complex information.

"Mainstream Judaism is primarily an exoteric, or outwardly oriented, religion, with a focus on reason, philosophy and ethics. Yet it has always had an esoteric side, expressed in the kabbalah and other mystical teachings." — Rodger Kamenetz, The San Francisco Chronicle, 9 Dec. 1990

What is the meaning of neoteric? 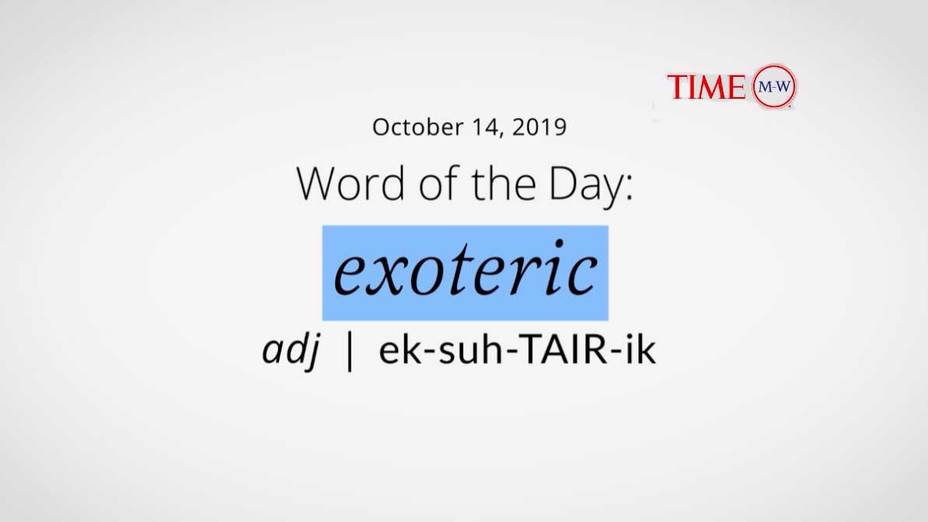 adj. - suitable to be imparted to the public