GAMES BROWSE THESAURUS WORD OF THE DAY WORDS AT PLAY SETTINGS
Word of the Day : January 10, 2020

1 a (1) : a substance held to be capable of changing base metals into gold

(2) : a substance held to be capable of prolonging life indefinitely

2 : a sweetened liquid usually containing alcohol that is used in medication either for its medicinal ingredients or as a flavoring

Elixir has roots in the practice of alchemy; it was used in the Middle Ages as the word for a substance believed to be capable of changing base metals into gold. Its later use for a drug purported to prolong one's life led to its use in the names of medicines of mostly questionable effectiveness. Today, it is often used generally for anything thought capable of remedying all ills or difficulties, be they physical or otherwise. The word came to us via Middle English and Medieval Latin from Arabic al-iksīr; it probably ultimately derives from Greek xērion, meaning "desiccative powder."

While the new sports complex is hardly an elixir for all of the city's economic woes, it should spur some much-needed job growth.

"Before turning in on a really cold night, a hot toddy really helps knock off the edge. My elixir of choice is a cup of hot apple cider mixed with a shot of 12 Point Bourbon." — Bryan Hendricks, The Arkansas Democrat-Gazette, 14 Nov. 2019 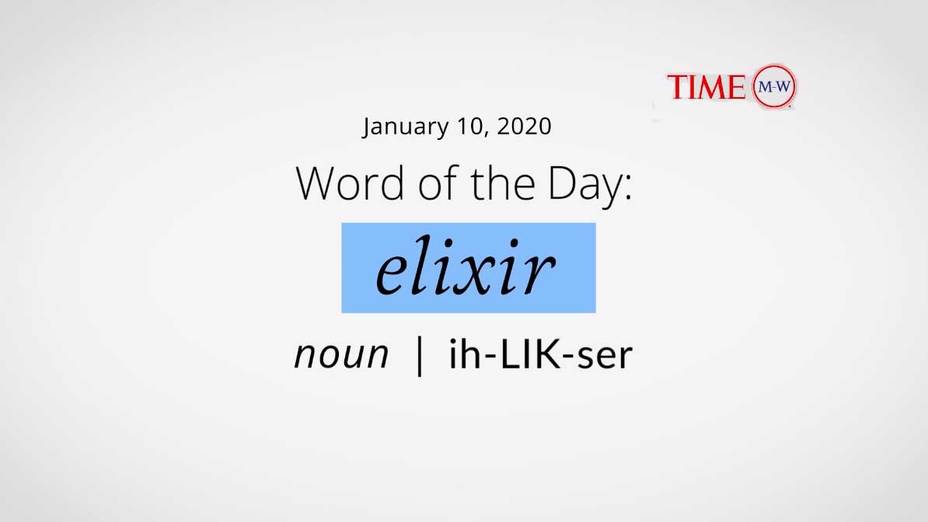 noun - a liquid held to be able to prolong life