1 : a medieval chemical science and speculative philosophy aiming to achieve the transmutation of the base metals into gold, the discovery of a universal cure for disease, and the discovery of a means of indefinitely prolonging life
2 : a power or process that changes or transforms something in a mysterious or impressive way … the practitioners of financial alchemy that transformed the world of money in the 1980's …— Gordon Williams
3 : an inexplicable or mysterious transmuting
Other Words from alchemy Alchemist: Someone Who Transforms Things for the Better The History of Alchemy More Example Sentences Learn More About alchemy

Alchemist: Someone Who Transforms Things for the Better

Today we recognize alchemy as a pseudoscience, and give chemistry its rightful place as a serious scientific field, but the two terms initially overlapped in meaning before separating by the 17th century, just as astrology and astronomy did during the same period.

Alchemy and alchemist are in fact older words than chemistry and chemist in English. Alchemists believed that lead could be “perfected” into gold, that diseases could be cured, and that life could be prolonged through transmutation, or a change of some essential element into a superior form. Their secretive experiments, usually involving heat and the mixing of liquids, led to the development of pharmacology and the rise of modern chemistry.

The long route to English for alchemist began with the Greek word chēmeia, which probably came from the word chyma (“fluid”), derived from the verb chein, meaning “to pour.” It then passed to Arabic, which added its definite article al- (“the”) to the Greek root. The word then passed from Latin to French before coming to English. Some other words derived from Arabic also retain the al- in English, such as algebra, algorithm, and alcohol; in fact, the transformative liquid that was constantly being sought through experimentation by alchemists is another word with the Arabic al- prefix: elixir.

This power to transform things for the better, real or imagined, led to figurative meanings for alchemy and alchemist.

The History of Alchemy

The medieval chemical science and speculative philosophy that focused on the attempt to change less valuable metals into gold, to find a universal cure for disease, and to discover a means of prolonging life indefinitely is called alchemy. It was practiced in much of the ancient world, from China and India to Greece. Alchemy migrated to Egypt and was later revived in 12th-century Europe through translations of Arabic texts into Latin. Medieval European alchemists made some useful discoveries, including mineral acids and alcohol. The revival led to the development of pharmacology and to the rise of modern chemistry. The gold-making processes of alchemists were finally discredited, but not until the 19th century.

Examples of alchemy in a Sentence

She practiced her alchemy in the kitchen, turning a pile of vegetables into a delicious salad. The company hoped for some sort of economic alchemy that would improve business.
Recent Examples on the Web Television’s unique alchemy of continuity and endless possibility allows viewers to commit to characters and worlds in a way even franchise films cannot. — Los Angeles Times, 29 Apr. 2022 Inspiration, the alchemy by which an idea makes it from the mind to the page (or canvas or potter’s wheel or dress form), is often inarticulable or somehow unsatisfying. — New York Times, 21 Apr. 2022 Trier’s lineage has given him rare insight into the mysterious alchemy between music and cinema. — Jonathan Cohen, Variety, 9 Mar. 2022 However, in the present day all three collaborators point to the heated footage as proof of their artistic alchemy. — Glenn Rowley, Billboard, 26 Jan. 2022 Their unique alchemy is reflected in the eclectic range of influences that inform damnshestamil’s sonic palette. — Liam Hess, Vogue, 25 Oct. 2021 Their alchemy is often a result of deep, and sometimes deceptive, synthesis. — Jason Parham, Wired, 19 Aug. 2021 Part of its alchemy lies in Andrew Woolfolk's jubilant saxophone. — Scottie Andrew, CNN, 26 Apr. 2022 Shamans induce, like Jesus Christ, an alchemy of people awakening and accepting their own two things: their own divinity and their own light. — Yasmine Shemesh, Billboard, 22 Mar. 2022 See More

These example sentences are selected automatically from various online news sources to reflect current usage of the word 'alchemy.' Views expressed in the examples do not represent the opinion of Merriam-Webster or its editors. Send us feedback.

First Known Use of alchemy

History and Etymology for alchemy

Note: The Greek form chymeîa would appear to be a derivative of an unattested verb *chymeúein "to pour, cast, fuse" (compare Late Greek chýmeusis "alloy"), itself a derivative of chýma (with short y) "fluid, ingot, bar," etymologically "something poured," a derivative of chéō, cheîn "to pour, shed," but probably influenced in form by chȳmós "animal or plant fluid" (as a direct derivative from chýma would be *chymateúein; see chyme, chyle, found entry 5). Though this etymology would appear relatively satisfactory, the existence of a variant chēmeîā, which in vernacular Byzantine pronunciation would not have differed from chymeîā, has led to speculation of another origin. It has been recognized since at least Jean-François champollion (L'Égypte sous les Pharaons, tome premier, Paris, 1814, pp. 109-110), that chēmeîā has a striking resemblance to Chēmíā, a name for Egypt used by Plutarch (in "De Iside et Osiride," Moralia 364c): "Egypt, moreover, which has the blackest of soils, they call by the same name as the black portion of the eye, Chēmíā." This word is clearly adapted from the Coptic name for Egypt, kêmi, a descendant of ancient Egyptian km.t, a name for the Nile valley, taken to be a derivative of km "black." Other sources also point to an association of alchemy and Egypt. Zosimos of Panopolis (active around 300 A.D.), himself a native of late Hellenistic Egypt and an early alchemical writer, connects chēmeîā with Egyptian metal workers, who, he claims, enriched their rulers by secret methods of extracting gold from sand. (Zosimos drew the word chymeîā/chēmeîā from Chýmos, also Chýmēs, Chímēs—either a person or a book—but this is likely a back-formation.) Byzantine chroniclers, as John of Antioch (seventh century), refer to an edict of the Roman emperor Diocletian that ordered the burning of Egyptian books dealing with the chēmeîā of gold and silver, so that the Egyptians could not enrich themselves and thus be emboldened to rise against Roman rule (see M. Berthelot, Les origines de l'alchemie, Paris, 1885, pp. 22, 72; also Suda On Line, Adler number chi 280); evidence for such an edict contemporary with Diocletian does not appear to exist. Whether the Egyptian etymology of chymeîā/chēmeîā should completely displace the Greek, or if both have some validity, is still an undecided issue. — For the distinction in sense after ca. 1700 between alchemy and chemistry, see the note at chemist.

The first known use of alchemy was in the 15th century 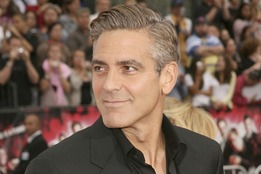 George Clooney's declaration of love at the Golden Globes ...

: a science that was used in the Middle Ages with the goal of changing ordinary metals into gold

: the medieval chemical science and speculative philosophy whose aims were the transmutation of the base metals into gold, the discovery of a universal cure for diseases, and the discovery of a means of indefinitely prolonging life

More from Merriam-Webster on alchemy

Thesaurus: All synonyms and antonyms for alchemy