GAMES BROWSE THESAURUS WORD OF THE DAY WORDS AT PLAY SETTINGS
Word of the Day : January 9, 2020

1 : delayed beyond the usual time

2 : existing or appearing past the normal or proper time

Long ago, there was a verb belate, which meant "to make late." From the beginning, belate tended to mostly turn up in the form of its past participle, belated. Eventually, belate itself fell out of use, leaving behind belated as an adjective that preserved the original notion of delay. As you may have guessed, belate and its descendant belated derive from the adjective late; belate was formed by simply combining the prefix be- ("to cause to be") with late. Belated was also once used in the sense "overtaken by night," as in "belated travelers seeking lodging for the night." This sense was in fact the first meaning of the adjective, but it has since fallen into disuse.

Olivia called her friend on his birthday to let him know that a belated gift from her was on its way.

"Although it airs in Hebrew and Yiddish with English subtitles, Shtisel … has become such an international favorite that its creators are contemplating a belated third season, while Friends and Grace and Frankie co-creator Marta Kauffman is working on an American version." — Joy Press, Vanity Fair, 29 Aug. 2019

What 5-letter synonym of belated can also mean "moving slowly"? 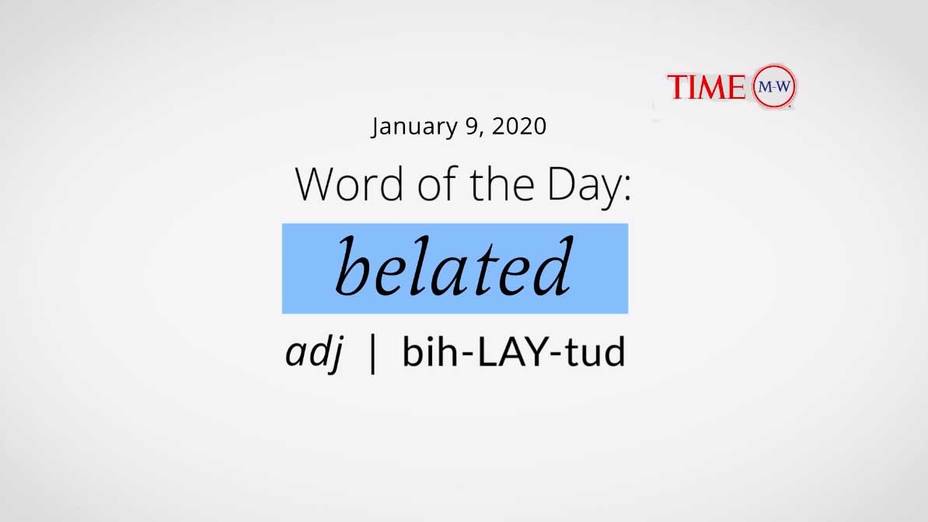 adj. - delayed beyond the usual time