GAMES BROWSE THESAURUS WORD OF THE DAY WORDS AT PLAY SETTINGS
Word of the Day : December 23, 2019

1 a : to see the special features of

b : to perceive a difference in : differentiate

3 : to make a difference in treatment or favor on a basis other than individual merit

Although many methods or motives for discriminating are unfair and undesirable (or even illegal), the verb itself has a neutral history. English speakers borrowed it from the past participle of the Latin verb discriminare (meaning "to distinguish or differentiate"), which, itself, is derived from the verb discernere, meaning "to distinguish between." Discernere, in turn, was formed by combining the prefix dis- (meaning "apart") and cernere ("to sift"). Other descendants of discernere include discern and discernible (as you no doubt guessed), discreet, and indiscretion. In addition, the root cernere gives us concern, certain, decree, and even secret.

"Cashless restaurants … have faced criticism that they discriminate against low-income consumers who may not have bank accounts." — Leslie Patton, Bloomberg.com, 13 Nov. 2019

"That evening … he was conscious of a keen desire to get away, to go abroad, to leave behind him the little chatter his resignation would be sure to produce in an age of publicity which never discriminated as to the quality of events." — Henry James, The Tragic Muse, 1890

What is the meaning of secern, a word rooted in Latin cernere, meaning "to sift"? 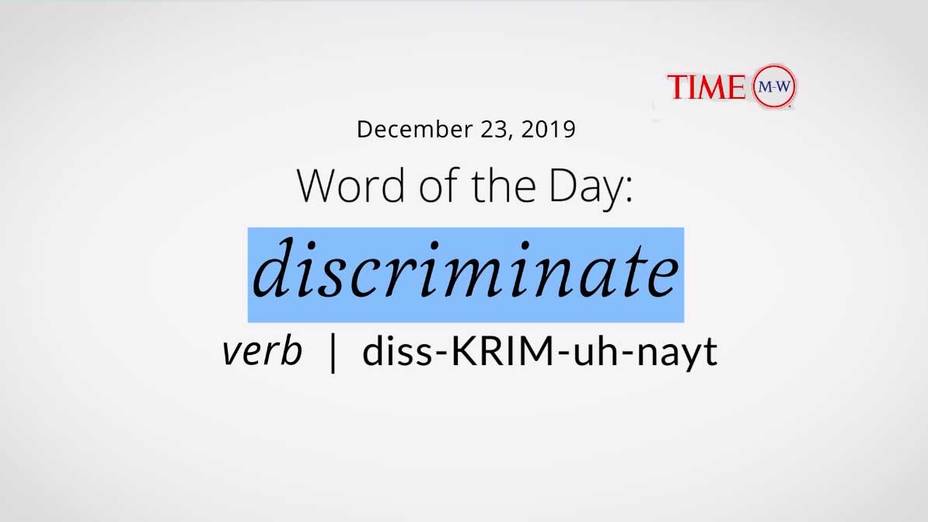