GAMES BROWSE THESAURUS WORD OF THE DAY WORDS AT PLAY SETTINGS
Word of the Day : December 24, 2019

: a traditional Mexican Christmas lantern originally consisting of a candle set in sand inside a paper bag

Luminaria is a fairly recent addition to English; early usage dates from the 1930s, about the time that the Mexican Christmas custom started to gain popularity among Anglo-Americans. In some parts of the U.S., particularly New Mexico, these festive lanterns are also called farolitos, which means "little lanterns" in Spanish. We borrowed luminaria from Spanish, but the word has been around with exactly the same spelling since the days of Late Latin. The term ultimately traces to the classical Latin luminare, meaning "window," and to lumen, meaning "light." It is related to other light-bearing words such as luminary, illuminate, and phillumenist (a fancy name for someone who collects matchbooks).

"Mount Vernon Avenue will be illuminated by thousands of luminarias and feature storefront windows hand-painted for the holidays." — The Alexandria (Virginia) Living Magazine, 9 Nov. 2019

"The simple bag of sand with a candle inside has undergone some upgrades to keep up with the times—some people use fire-resistant bags or battery-powered candles—but the luminaria remains a part of Arizona's holiday tradition." — Weldon B. Johnson, The (Phoenix) Arizona Republic, 3 Dec. 2018

What 4-letter word can refer to a Christmas carol or the Christmas season? 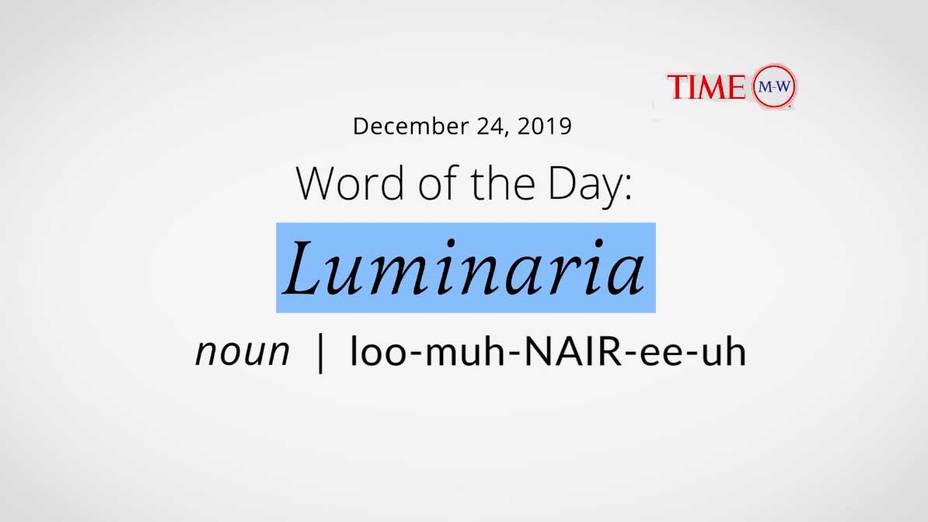