GAMES BROWSE THESAURUS WORD OF THE DAY WORDS AT PLAY SETTINGS
Word of the Day : December 25, 2019

1 : having foliage that remains green and functional through more than one growing season

2 a : retaining freshness or interest : perennial

b : universally and continually relevant : not limited in applicability to a particular event or date

Which adjective do you think has existed longer in English, evergreen or perennial? If you count the hyphenated form ever-green (which of course means "always green"), then evergreen is older; its earliest known use dates from the 16th century. The hyphen-free form is first seen in writing from the 17th century as an adjective as well as a noun, meaning "conifer." The earliest known use of perennial as an adjective meaning "remaining green all year long" appears in the first half of the 17th century. Evergreen also wins in the more general "long lasting" sense. It began appearing in figurative use circa mid-17th century, whereas perennial began to be used with that "enduring" meaning in the early 18th.

"For years, it was assumed that in order to have a garden of constant color, you needed to plant vivid annual flowers in every season. This was a somewhat costly proposition, however, especially when compared to a garden of evergreen and colorful succulents, where red, blue, yellow, green, pink and gold are on display 365 days a year." — Joshua Siskin, The Orange County (California) Register, 29 Oct. 2019

Fill in the blanks to complete the name of a green shrub having thick leaves, yellowish flowers, and waxy white berries: _ i _ t _ et _ _. 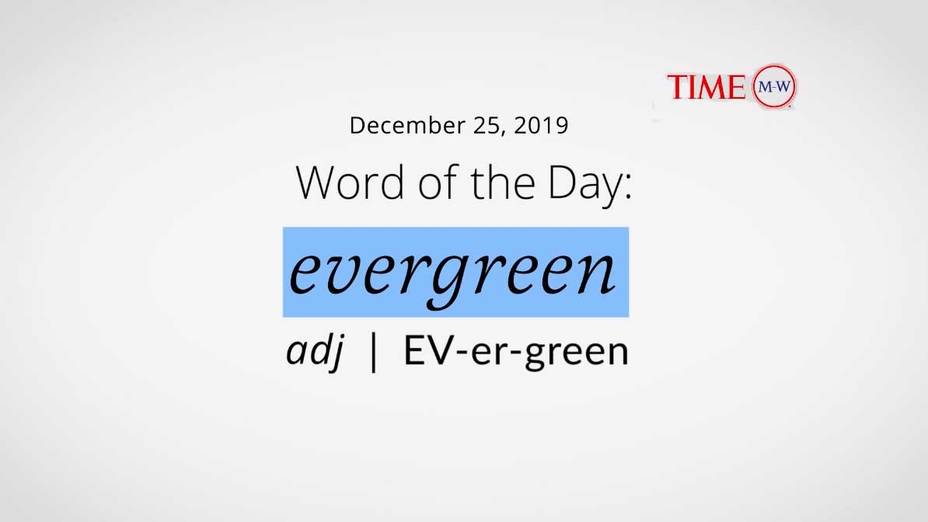