GAMES BROWSE THESAURUS WORD OF THE DAY WORDS AT PLAY SETTINGS
Word of the Day : November 28, 2019

Did you expect comestible to be a noun meaning "food"? You're probably not alone. As it happens, comestible is used both as an adjective and a noun. The adjective is by far the older of the two; it has been part of English since at least the 1400s. In fact, one of its earliest known uses was in a text printed in 1483 by William Caxton, the man who established England's first printing press. The noun (which is most often used in the plural form comestibles) dates to the late 1700s.

"After all the figs have fully ripened on our farm…, we'll start collecting grapes if the birds haven't nabbed them first and then comes the olive harvest, our most precious comestible commodity." — Carol Drinkwater, The Daily Mail (London), 16 Aug. 2019

"My kids eat Spam because I ate it, and I eat it because my mother ate it: two generations and counting of comestible nostalgia, a sort of legacy." — Sabina Murray, The New York Times, 6 Aug. 2019

Unscramble the letters to create a synonym of the adjective comestible: TESNECLU. 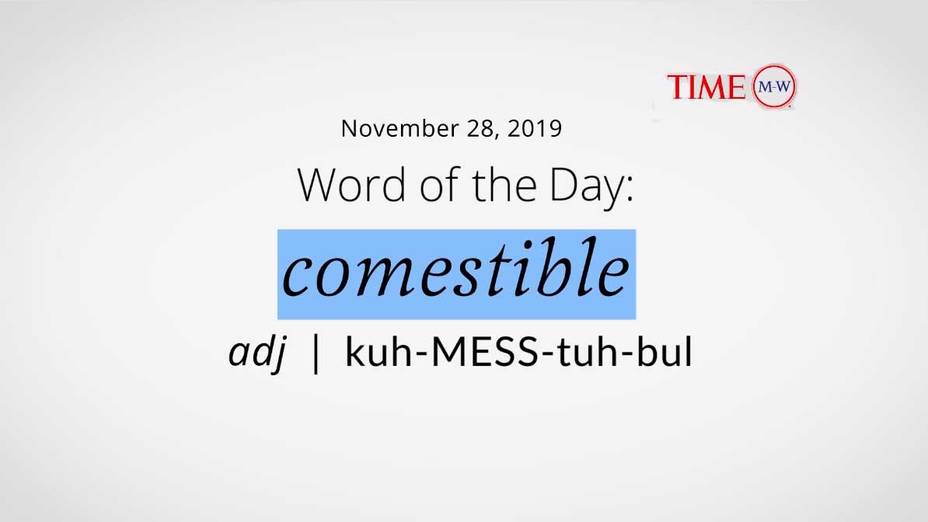