GAMES BROWSE THESAURUS WORD OF THE DAY WORDS AT PLAY SETTINGS
Word of the Day : November 29, 2019

1 : a stupid or insignificant person : fool

Mutt can now be used with either affection or disdain to refer to a dog that is not purebred, but in the word's early history, in the U.S. around the turn of the 20th century, it could also be used to describe a person—and not kindly: mutt was another word for "fool." The word's history lies in another insult. It comes from muttonhead, another Americanism that also means essentially "fool." Muttonhead had been around since the early 19th century but it was not unlike an older insult with the same meaning: people had been calling one another "sheep's heads" since the mid-16th century.

Our family's new dog is an affable, shaggy-haired mutt who is a delight to anyone who visits our home.

"I worried that my new acquisition was unexceptional: a mutt on the small side of medium with a shiny black coat, an extra-long nose and ears that stick out at the angle of bat wings in flight. I fell in love at obedience class, where he demonstrated what I took for a drive to excel." — Nora Caplan-Bricker, The New York Times Magazine, 17 Sept. 2019

Fill in the blanks to complete a synonym of mutt referring to a foolish person: t _ r _ e _. 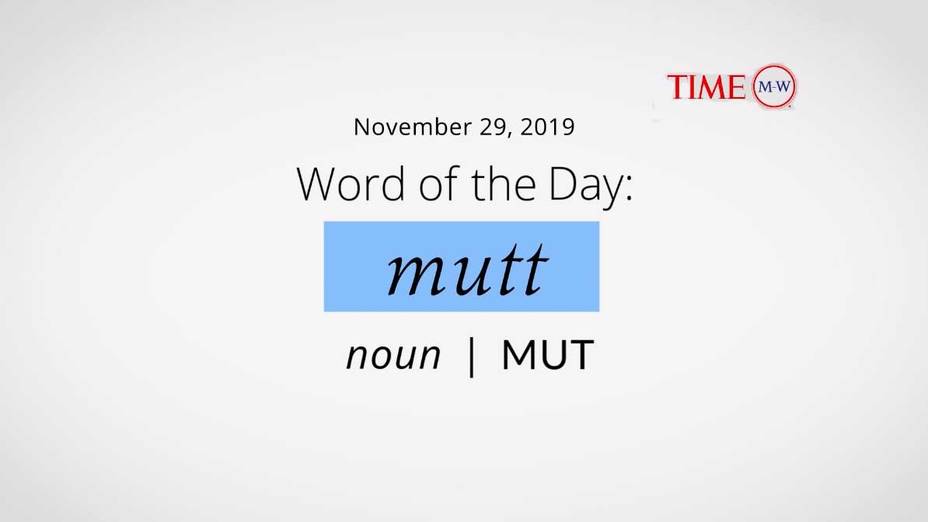 noun - a stupid person or a mongrel dog