GAMES BROWSE THESAURUS WORD OF THE DAY WORDS AT PLAY SETTINGS
Word of the Day : November 12, 2019

: report, rumor — usually used with about

Back in the days of Middle English, the Anglo-French noun bruit, meaning "clamor" or "noise," rattled into English. Soon English speakers were also using it to mean "report" or "rumor" (it was applied especially to favorable reports). They also began using bruit the way the verb noise was used (and still occasionally is) with the meaning "to spread by rumor or report" (as in "The scandal was quickly noised about"). The English noun bruit is now considered archaic, apart from a medical sense that is pronounced like the French word and refers to one of the abnormal sounds heard on auscultation.

"Analysts have bruited about the notion that Comcast and Disney might team up and divide Fox's assets to prevent a drawn-out bidding war—a turn of events that Mr. Iger has dismissed." — Edmund Lee, The New York Times, 20 June 2018

"In the new bio-pic 'Judy,' Renée Zellweger stars as Judy Garland…. The narrowly focussed yet emotionally expansive film has been bruited about as a likely springboard for a statuette for its lead actress ever since the movie's première, last month, at the Telluride Film Festival." — Richard Brody, The New Yorker, Sept. 25, 2019

Fill in the blanks to complete a word for an unfounded report or a groundless rumor: c _ n _ _ d. 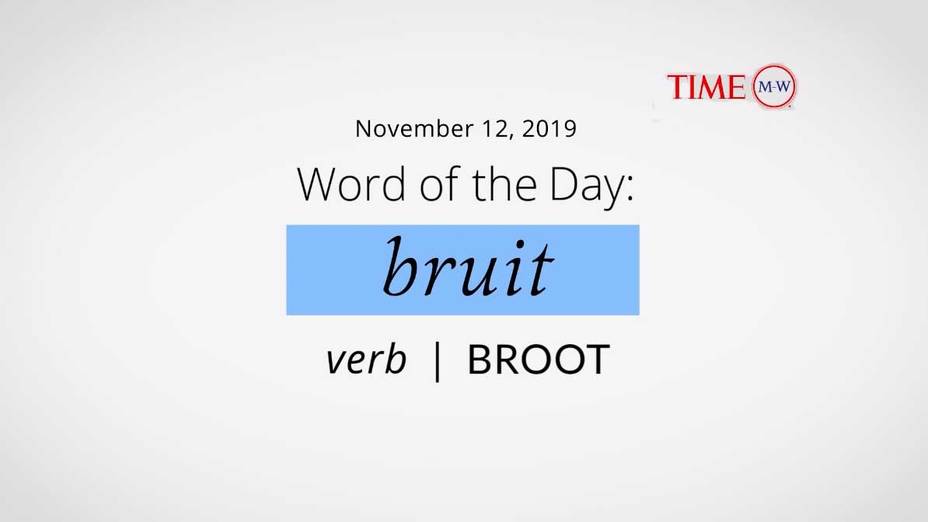 verb - to spread as a report or rumor