GAMES BROWSE THESAURUS WORD OF THE DAY WORDS AT PLAY SETTINGS
Word of the Day : November 13, 2019

1 : a chess opening in which a player risks one or more pawns or a minor piece to gain an advantage in position

b : a calculated move : stratagem

In 1656, a chess handbook was published that was said to have almost a hundred illustrated gambetts. That early spelling of gambit is close to the Italian word gambetto, from which it is derived. Gambetto, which is from gamba, meaning "leg," was used for an act of tripping—especially one that gave an advantage, as in wrestling. The original chess gambit is an opening in which a bishop's pawn is sacrificed to gain some advantage, but the name is now applied to many other chess openings. After being pinned down to chess for years, gambit finally broke free of the hold and showed itself to be a legitimate contender in the English language by weighing in with other meanings.

"The tournament, first held in 1934, was Roberts's gambit for attracting attention, members, and money. He persuaded Jones to come out of retirement to compete in it—an instant lure to fans and players alike—but at first Jones wouldn't agree to calling it the Masters, finding the word too grandiose." — Nick Paumgarten, The New Yorker, 24 June 2019

"Obviously, most suspense novels rely on keeping the reader in the dark about something. But a big, glaring omission in what is presented as first-person interior monologue—as if the person is redacting their own thoughts—is one of the least impressive gambits." — The Kirkus Reviews, 15 June 2019

What term from chess has the meaning "the final stage of some action or process"? 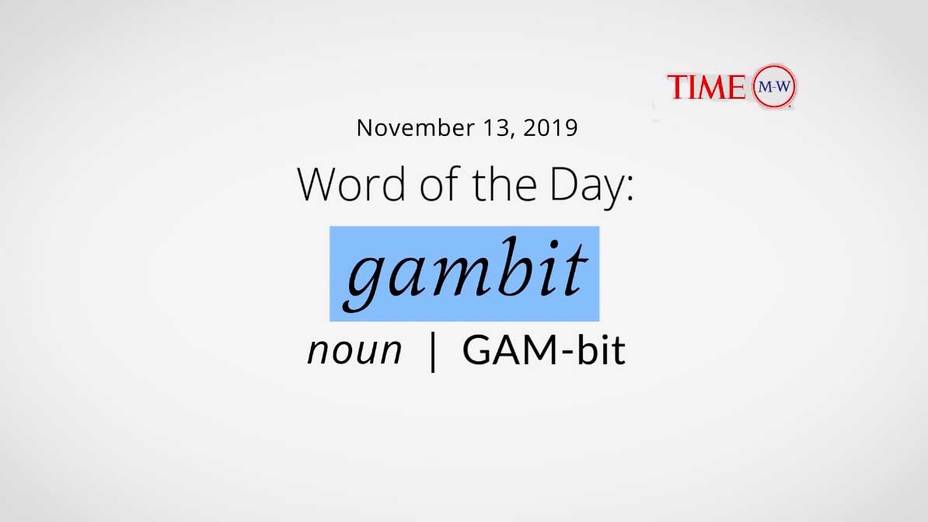