GAMES BROWSE THESAURUS WORD OF THE DAY WORDS AT PLAY SETTINGS
Word of the Day : November 11, 2019

: temporary stopping of open acts of warfare by agreement between the opponents : truce

Armistice descends from Latin sistere, meaning "to come to a stand" or "to cause to stand or stop," combined with arma, meaning "weapons." An armistice, therefore, is literally a cessation of arms. Armistice Day is the name that was given to the holiday celebrated in the United States on November 11 before it was renamed Veterans Day by Congress in 1954. The original name refers to the agreement between the Allied Powers and Germany to end hostilities that constituted the First World War—an agreement designated to take effect on the eleventh hour of the eleventh day of the eleventh month.

The Korean War ended with an armistice signed in July of 1953, though a permanent peace accord was never reached.

"[Ralph] Bunche, a Howard University professor, was an African-American scholar and diplomat who achieved prominence in 1949 after negotiating armistice agreements between Israel and four Arab states, for which he was awarded the Nobel Peace Prize." — Richard Freedman, The Vallejo (California) Times-Herald, 24 Sept. 2019

What is the meaning of the noun parley? 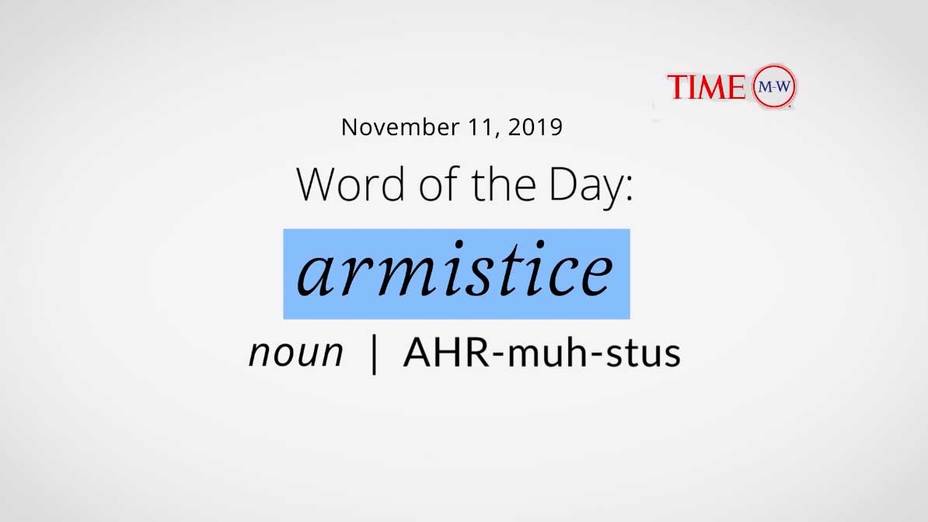 noun - an agreement to stop fighting a war