See Dictionary Definition
1
as in bay
a narrow body of water between two land masses as the ship headed east through the Strait of Gibraltar, Spain was on our left and Africa on our right

How does the noun strait differ from other similar words?

Some common synonyms of strait are contingency, crisis, emergency, exigency, juncture, pinch, and straits. While all these words mean "a critical or crucial time or state of affairs," strait, now commonly straits, applies to a troublesome situation from which escape is extremely difficult.

In what contexts can contingency take the place of strait?

In some situations, the words contingency and strait are roughly equivalent. However, contingency implies an emergency or exigency that is regarded as possible but uncertain of occurrence.

When might crisis be a better fit than strait?

The words crisis and strait are synonyms, but do differ in nuance. Specifically, crisis applies to a juncture whose outcome will make a decisive difference.

a crisis of confidence

When is it sensible to use emergency instead of strait?

The meanings of emergency and strait largely overlap; however, emergency applies to a sudden unforeseen situation requiring prompt action to avoid disaster.

the presence of mind needed to deal with emergencies

Where would exigency be a reasonable alternative to strait?

While the synonyms exigency and strait are close in meaning, exigency stresses the pressure of restrictions or urgency of demands created by a special situation.

When would juncture be a good substitute for strait?

The words juncture and strait can be used in similar contexts, but juncture stresses the significant concurrence or convergence of events.

an important juncture in our country's history

How is pinch related to other words for strait?

Pinch implies urgency or pressure for action to a less intense degree than exigency or emergency.

come through in a pinch 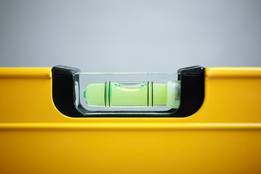 More from Merriam-Webster on strait