: an answer or statement giving an explanation : reason
wants to know the whys and wherefores

In early English, a number of new words were formed by combining where with a preposition. In such words, where had the meaning of "what" or "which"—hence, wherein ("in what"), whereon ("on what"), and wherefore ("for what"). Although wherefore as an adverb is rarely used today, the noun form, meaning "an answer or statement giving an explanation," survives in the phrase "the whys and wherefores."

Austin Considine, New York Times, 26 Mar. 2020 Julian Fellowes, a master writer who understands so well all the peculiarities of time and place, manners and historical significance of the whys and wherefores of his fictional inhabitants, is to be applauded.

Los Angeles Times, 11 Oct. 2019 In addition to gleaning the why and wherefore behind America’s foundational document, teenage listeners will meet up with the Declaration of Independence and a roster of seminal Supreme Court decisions.

Louis Bayard, New York Times, 28 May 2018 The book casts its spell in revealing the whys and wherefores of the killings, as investigated by Burke’s onetime high school classmate, Rob Barrett, a Boston FBI agent whom Burke likes nothing better than to humiliate.

Lloyd Sachs, chicagotribune.com, 21 May 2018 Harris will explain the whys and wherefores of rituals and the choreography of services.

These example sentences are selected automatically from various online news sources to reflect current usage of the word 'wherefore.' Views expressed in the examples do not represent the opinion of Merriam-Webster or its editors. Send us feedback.

Middle English wherfor, wherfore, from where, wher + for, fore for

1590, in the meaning defined above 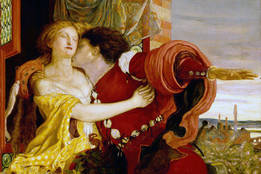 What Does 'Wherefore Art Thou Romeo'...

Not where, but why

2 of 2 noun
: an answer or statement giving an explanation : reason
the whys and wherefores

More from Merriam-Webster on wherefore