1
: military operations between enemies : hostilities, war
also : an activity undertaken by a political unit (such as a nation) to weaken or destroy another
economic warfare
2
: struggle between competing entities : conflict

that troubled household seems to be almost constantly in a state of warfare companies engaged in constant warfare for dominance in the market for smart phones and tablets
Recent Examples on the Web On October 4, America’s newest aircraft carrier, USS Gerald R. Ford, deployed for the first time amid rising tensions across the Pacific and uncertainty about the role these seafaring behemoths will play in the future of warfare. —

Alex Hollings, Popular Mechanics, 13 Jan. 2023 The Russian strategy of warfare—one that is attritive and seeks to wear out their enemy—often creates risk aversion, in which commanders aren’t fighting to win so much as fighting not to lose. —

Elliot Ackerman, Time, 4 Jan. 2023 Some military experts view Ukraine as a testing ground for state-of-the-art weapons and information systems that may foreshadow the shape of warfare for generations to come. —

Matthew Mpoke Bigg, New York Times, 3 Jan. 2023 After all, everyone from Bono to Ben Stiller to Sean Penn, along with Mitch McConnell and Nancy Pelosi, went there for grip-and-grins, as if having a great time in the midst of warfare. —

Armond White, National Review, 21 Dec. 2022 Responding only in this way is playing Russia’s game by Russia’s rules, and telling Moscow that the West finds its way of warfare acceptable. —

Keir Giles, CNN, 20 Dec. 2022 Through most of the war, Ukraine usually tried to avoid set-piece battles where both sides concentrate their resources, aware that this type of warfare can play to Russia’s advantages. —

Yaroslav Trofimov, WSJ, 18 Dec. 2022 Of course, what all of these nightmares neglect is the notion of countermeasures, the second crucial element in the evolution of warfare. —

Mark Bowden, The Atlantic, 22 Nov. 2022 But before he was cast in All Quiet to play the gung-ho recruit Paul Bäumer, whose romantic ideas of warfare do not survive life in the trenches, the 27-year-old had never stepped in front of a camera. —

These example sentences are selected automatically from various online news sources to reflect current usage of the word 'warfare.' Views expressed in the examples do not represent the opinion of Merriam-Webster or its editors. Send us feedback. 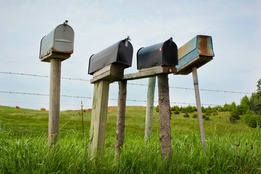 When did 'mail' become 'snail mail'? 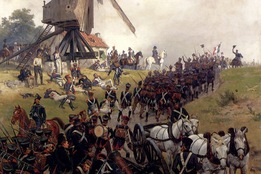 -ˌfe(ə)r
1
a
: military fighting between enemies : war
b
: activity undertaken by one country or group to weaken or destroy another
economic warfare
2
: a struggle between competitors : conflict
industrial warfare

More from Merriam-Webster on warfare