1 : an authoritative prohibition : interdiction
2a : a power of one department or branch of a government to forbid or prohibit finally or provisionally the carrying out of projects attempted by another department especially : a power vested in a chief executive to prevent permanently or temporarily the enactment of measures passed by a legislature
b(1) : the exercise of such authority
(2) : a message communicating the reasons of an executive and especially the president of the U.S. for vetoing a proposed law

: to refuse to admit or approve : prohibit also : to refuse assent to (a legislative bill) so as to prevent enactment or cause reconsideration

Other Words from veto

Examples of veto in a Sentence

Noun a veto of a bill Are there enough votes in Congress to override the President's veto? The President has the veto over new legislation. The President may choose to exercise his veto. Verb The President vetoed the bill. We wanted to do a cross-country trip, but our parents vetoed it. She vetoed several restaurants before we could agree on one. See More
Recent Examples on the Web: Noun But the bill passed by wide margins and Republican leaders in the House and Senate pledged to override Holcomb’s veto with simple majorities. — Casey Smith, Chicago Tribune, 20 May 2022 Tori Sachs, executive director of the conservative Michigan Freedom Fund, criticized that March veto, which included a child tax credit, breaks for seniors, and an income tax cut, in a Thursday tweet. — Paul Egan, Detroit Free Press, 19 May 2022 Turkey’s threatened veto is crucial because NATO acceptance of new members requires unanimity. — Chris Megerian, BostonGlobe.com, 19 May 2022 Louisiana's Legislature passed the same bill last year by Mizell, but was unable to overturn Edwards' veto, coming up two votes short in the House. — Greg Hilburn, USA TODAY, 18 May 2022 At time of publication, 89.65% have voted yes in the live vote, while 0.28% voted no, and 10.07% voted no with veto. — Taylor Locke, Fortune, 18 May 2022 Li explained that redistricting can mean the difference between a heavily Republican legislature having enough votes to override a Democratic governor’s veto or not — a scenario that could arise in Georgia if Stacey Abrams is elected governor. — Bracey Harris, NBC News, 16 May 2022 The problem had nothing to do with the economists’ veto, and much to do with legislative vote-wrangling. — Idrees Kahloon, The New Yorker, 16 May 2022 Henderson alluded to the Utah Legislature’s passage in March, over Cox’s veto, of HB11, which bars transgender girls from competing on girls’ high school sports teams. — Palak Jayswal, The Salt Lake Tribune, 15 May 2022 Recent Examples on the Web: Verb The governor can also veto bills passed by the Legislature. — Iris Samuels, Anchorage Daily News, 20 May 2022 Each of its 30 member countries can veto who can join. — NBC News, 19 May 2022 There are growing concerns among EU officials that Hungarian Prime Minister Viktor Orban’s government will veto the proposal entirely. — Andrew Duehren, WSJ, 17 May 2022 Britt did not veto the resolution, a fact that was drawn to light in a recent news article by 1819 News, and publicized further by Durant’s campaign. — al, 17 May 2022 Any of its 30 member countries can veto a new member. — Suzan Fraser, ajc, 17 May 2022 The lawyers figured that if the cap was permanently fixed at only $250,000, Brown would veto the measure and, if not, the state Supreme Court would overturn it. — George Skelton, Los Angeles Times, 9 May 2022 But when the legislature passed an outright ban on transgender athletes in girls’ sports across Utah’s public-education system, Cox publicly vowed to veto the bill. — Nate Hochman, National Review, 25 Mar. 2022 In neighboring Utah, Republican Gov. Spencer Cox vowed to veto legislation passed this month by the Legislature that would ban transgender student-athletes from competing in girls sports. — NBC News, 20 Mar. 2022 See More

These example sentences are selected automatically from various online news sources to reflect current usage of the word 'veto.' Views expressed in the examples do not represent the opinion of Merriam-Webster or its editors. Send us feedback.

First Known Use of veto

1706, in the meaning defined above

History and Etymology for veto

Latin, I forbid, from vetare to forbid 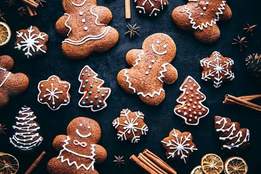 1 : the act of forbidding something by a person in authority
2 : the power of a president, governor, or mayor to prevent something from becoming law

Kids Definition of veto (Entry 2 of 2)

1 : forbid, prohibit We wanted to stay up, but Dad vetoed the idea.
2 : to prevent from becoming law by use of the power to do so

1 : an authoritative prohibition
2a : a power vested in a chief executive to prevent permanently or temporarily the enactment of measures passed by a legislature
b : the exercise of such authority — see also pocket veto — compare legislative veto

Legal Definition of veto (Entry 2 of 2)

: to refuse to admit or approve specifically : to refuse assent to (a legislative bill) so as to prevent enactment or cause reconsideration — see also override

History and Etymology for veto

Latin, I forbid, refuse assent to

More from Merriam-Webster on veto