The Difference Between Abashed and Unabashed

To abash someone is to shake up their self-possession, as illustrated by Charlotte Brontë in her 1849 novel Shirley: "He had never blushed in his life; no humiliation could abash him." When you are unabashed you make no apologies for your behavior (nor do you attempt to hide or disguise it), but when you are abashed your confidence has been thrown off and you may feel rather inferior or ashamed of yourself. English speakers have been using abashed to describe feelings of embarrassment since the 14th century, but they have only used unabashed (brazenly or otherwise) since the 15th century (not that there’s anything wrong with that).

She is an unabashed supporter of the president's policies. unabashed by their booing and hissing, he continued with his musical performance
Recent Examples on the Web Fraschilla became an unabashed fan of Kolek's particular genius after watching MU last season. —

Michael Casagrande | Mcasagrande@al.com, al, 7 Jan. 2023 One recent episode extolled the benefits of spending money on others, while another focused on the joy of being an unabashed fan—whether of a sports team, a TV show, or something else. —

Jamie Ducharme, Time, 5 Jan. 2023 In a town where executives and especially agents are often illiterate about the history of TV and movies, Mr. Sarandos is an unabashed fan. —

New York Times, 28 May 2022 Actresses wore sparkles and iridescent touches in a seeming embrace of the return of unabashed glamour to the Oscars. —

David A. Andelman, CNN, 20 Dec. 2022 But the brothers are also unabashed about expressing their belief that moviemaking itself is in retreat as audiences continue to gravitate to more personalized expressions of storytelling. —

Adam B. Vary, Variety, 3 Nov. 2022 This means the hair and makeup looks are even more unabashed. —

These example sentences are selected automatically from various online news sources to reflect current usage of the word 'unabashed.' Views expressed in the examples do not represent the opinion of Merriam-Webster or its editors. Send us feedback. 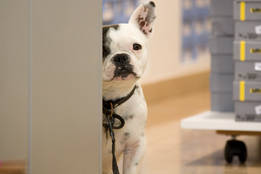 Does 'bashful' mean "full of bash"?

: not abashed : not embarrassed or ashamed
unabashedly
-ˈbash-əd-lē

More from Merriam-Webster on unabashed