: the taste sensation that is produced by several amino acids and nucleotides (such as glutamate and aspartate) and has a rich or meaty flavor characteristic of cheese, cooked meat, mushrooms, soy, and ripe tomatoes : savory entry 2 sense 2
Umami is often described as a meaty flavor and is particularly strong in aged or fermented products, like cheese and wine.—

: being, inducing, or marked by one of the five basic taste sensations that is typically induced by several amino acids and nucleotides (such as glutamate and aspartate) and has a rich or meaty flavor characteristic of cheese, cooked meat, mushrooms, soy, and ripe tomatoes
A crab risotto made from local crabs is powerful with the big umami flavor of brown meat.—

A Japanese scientist was the first to discover the savory taste of the amino acid glutamic acid, which was found to occur in soup stocks made with seaweed. This fifth basic taste—alongside sweet, sour, salty, and bitter—was named umami, meaning "savoriness" in Japanese. Umami can be experienced in foods such as mushrooms, anchovies, and mature cheeses, as well as in foods enhanced with monosodium glutamate, or MSG, a sodium salt derived from glutamic acid.

Recent Examples on the Web
Noun
The umami of the mushroom melds with smoky spice from the chiles and plays beautifully against the corn. —

Bahar Anooshahr, The Arizona Republic, 9 Dec. 2022 Hoult is very good at playing a priggish foodie fanboy, though if his character were a dish, it would doubtless be dismissed by Julian as one-note; all acid, no umami. —

Leah Greenblatt, EW.com, 16 Nov. 2022 Set aside your skepticism, these chewy shroom caps are loaded with all the flavor and umami-ness of classic jerky. —

The Editors Of Men's Health, Men's Health, 29 Oct. 2022 The ingredient's taste brings in umami due to its fermentation process. —

Olivia Munson, USA TODAY, 24 Oct. 2022 Worcestershire sauce is another power player in the cocktail, packing the bracing umami of anchovies and the bite of tamarind and vinegar, mellowed by the sweetness of molasses. —

Miles Walls, Chron, 5 Oct. 2022 That fermentation technique involving koji allows Japan’s emphasis on seasonal ingredients to shine, bringing out the essence of food and its umami. —

Lisa Wong Macabasco, Vogue, 8 Sep. 2022 Most important, the preparations revel in the produce, rather than just ratcheting up the umami in a quest to conjure animal flavors. —

These example sentences are selected automatically from various online news sources to reflect current usage of the word 'umami.' Views expressed in the examples do not represent the opinion of Merriam-Webster or its editors. Send us feedback.

1963, in the meaning defined above

1978, in the meaning defined above 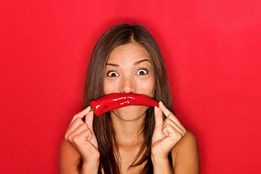 : a taste sensation that is meaty or savory and is produced by several amino acids and nucleotides (as aspartate, inosinate, and glutamate)
umami adjective

More from Merriam-Webster on umami