1a : growing trees or their wood
b —used interjectionally to warn of a falling tree
2 : wood suitable for building or for carpentry
3a : a large squared or dressed piece of wood ready for use or forming part of a structure
b British : lumber sense 2a
c : a curving frame branching outward from the keel of a ship and bending upward in a vertical direction that is usually composed of several pieces united : rib
4 : material, stuff especially : a person or type of person qualified for a particular position or status managerial timber

Definition of timber (Entry 2 of 2)

Other Words from timber

Examples of timber in a Sentence

These example sentences are selected automatically from various online news sources to reflect current usage of the word 'timber.' Views expressed in the examples do not represent the opinion of Merriam-Webster or its editors. Send us feedback.

First Known Use of timber

History and Etymology for timber

The first known use of timber was before the 12th century 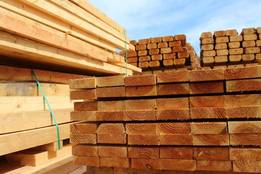 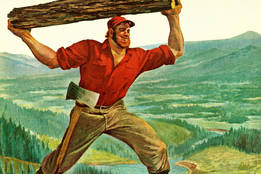 1 : wood suitable for building or for carpentry
2 : a large squared piece of wood ready for use or forming part of a structure

More from Merriam-Webster on timber