1a : knowledge or a system of knowledge covering general truths or the operation of general laws especially as obtained and tested through scientific method
b : such knowledge or such a system of knowledge concerned with the physical world and its phenomena : natural science
2a : a department of systematized knowledge as an object of study the science of theology
b : something (such as a sport or technique) that may be studied or learned like systematized knowledge have it down to a science
3 : a system or method reconciling practical ends with scientific laws cooking is both a science and an art
4 capitalized : christian science
5 : the state of knowing : knowledge as distinguished from ignorance or misunderstanding
Synonyms More Example Sentences Phrases Containing science Learn More About science

Examples of science in a Sentence

The Malay tapir, the largest of the world's four tapir species, remained largely invisible to science until recently. The other three species of these odd, endearing animals all live in South America. — Anthony King, New York Times, 2 June 2009 If there were any doubt, Golden's muckraking investigation—he is the Ida Tarbell of college admissions—reveals that almost every word uttered by representatives of the top colleges about the care and nuance and science of the much vaunted admissions process is bunk. — Michael Wolff, New York Times Book Review, 17 Sept. 2006 Of course, there is both corporate and government-sponsored grant money available for such initiatives in science and engineering. And scientists are used to working together in laboratories. But in the humanities it was different, said the deans. — David Laurence, Association of Departments of English Bulletin, Winter 2004 The journal Annales was started in 1929, by Bloch and Lucien Febvre, two friends conversant with the new sciences of sociology and geography, psychology and anthropology. — Stephen Kotkin, New Yorker, 29 Sept. 2003 The program encourages students to pursue a career in science. a list of terms commonly used in science a new branch of science advances in science and technology Students are required to take two sciences. students majoring in a science See More
Recent Examples on the Web Holahan noted that the Albanian student actually finished on a high honor roll and handled challenging math and science courses. — Alec Johnson, Milwaukee Journal Sentinel, 11 May 2022 Fortune’s Brainstorm Health is a gathering of insightful and powerful leaders exploring the nexus of health, science, medicine, and business. — Fortune Editors, Fortune, 10 May 2022 Safe and accessible reproductive health care is a basic right that is supported by science, medicine, and respect for human dignity. — Scientific American, 9 May 2022 There also has been tutoring for science, language and even playing the trumpet. — Christina Hall, Detroit Free Press, 7 May 2022 There's a culinary science to matching different kinds of cheeses with their ideal soulmate: a bottle of red, white, rosé, or sparkling. — Mandy Major, Woman's Day, 6 May 2022 Economics is not just a science, but a dynamic one. — Martin Jarzebowski, Forbes, 3 May 2022 As with most things, there is both science and mythology to answer this question. — San Diego Union-Tribune, 2 Apr. 2022 Of course, financial analysts, bankers and hedge-fund brokers will denounce that statement, claiming there is a science behind making gains in the stock market via trades. — WSJ, 29 Mar. 2022 See More

These example sentences are selected automatically from various online news sources to reflect current usage of the word 'science.' Views expressed in the examples do not represent the opinion of Merriam-Webster or its editors. Send us feedback.

First Known Use of science

History and Etymology for science

Note: Regarding earlier use of the words science and scientist see the reference to the article by Sydney Ross in the note at scientist. — Lexikon der indogermanischen Verben (2. Auflage, 2001) regards Latin sciō as a back-formation from nesciō, nescīre "to not know, be unfamiliar with," going back to *ne-skH-ii̯e-, a negative compound from the base of secō, secāre "to cut, sever, make an incision" (see saw entry 2), going back to *sekai̯e-, going back to *sekH-i̯e-. M. de Vaan (Etymological Dictionary of Latin and the Other Italic Languages, Brill, 2008), on the other hand, hypothesizes that sciō is formed with an athematic suffix from *skh2-, so that as a present formation it is directly comparable with Sanskrit -chyati. The semantic progression producing a verb meaning "know" is in any case questionable, if, as the Indo-Iranian and Greek evidence suggests, the base *skeh2-, *skh2- means primarily "cut open, flay" (rather than "split, separate"). Ernout and Meillet (Dictionnaire étymologique de la langue latine) note that while this is the only plausible comparison for sciō, it is not at all certain ("Le rapprochement avec le groupe de 'couper' est en l'air, tout en étant, semble-t-il, le seul possible.")

The first known use of science was in the 14th century 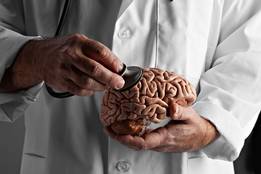 1 : knowledge about the natural world that is based on facts learned through experiments and observation
2 : an area of study that deals with the natural world (as biology or physics)
3 : a subject that is formally studied the science of linguistics
4 : something that can be studied and learned Pitching is a science.

: knowledge or a system of knowledge covering general truths or the operation of general laws especially as obtained and tested through the scientific method and concerned with the physical world and its phenomena

More from Merriam-Webster on science