1
a
: the fluid part of a plant
specifically : a watery solution that circulates through a plant's vascular system
b(1)
: a body fluid (such as blood) essential to life, health, or vigor
(2)
: bodily health and vigor
2
: a foolish gullible person
3
[probably short for sapling] : blackjack, bludgeon
sapless
ˈsa-pləs

: to proceed by digging a sap

1
: to subvert by digging or eroding the substratum or foundation : undermine
2
a
: to gradually diminish the supply or intensity of
sapped her strength
b
: to weaken or exhaust the energy or vitality of
the illness sapped him of his stamina
3
: to operate against or pierce by a sap

: the extension of a trench to a point beneath an enemy's fortifications

Choose the Right Synonym for sap

weaken may imply loss of physical strength, health, soundness, or stability or of quality, intensity, or effective power.

a disease that weakens the body's defenses

enfeeble implies a condition of marked weakness and helplessness.

debilitate suggests a less marked or more temporary impairment of strength or vitality.

the debilitating effects of surgery

undermine and sap suggest a weakening by something working surreptitiously and insidiously.

cripple implies causing a serious loss of functioning power through damaging or removing an essential part or element.

disable suggests bringing about impairment or limitation in a physical or mental ability.

disabled by an injury sustained at work

1598, in the meaning defined at intransitive sense

1642, in the meaning defined above 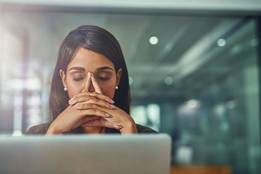 Why We Feel 'Sapped'

It has nothing to do with trees.

1
: the fluid part of a plant
especially : a watery solution that circulates through a higher plant and carries food and nutrients
2
: bodily health and vigor : vitality sense 3b
3
: a foolish person who is easily tricked or cheated

More from Merriam-Webster on sap