1
a
: to breathe quickly, spasmodically, or in a labored manner
b
: to run panting
c
: to move with or make a throbbing or puffing sound
2
: to long eagerly : yearn
3
: throb, pulsate

: to utter with panting : gasp

1
a
: a panting breath
b
: the visible movement of the chest accompanying such a breath
2
: a throbbing or puffing sound

: of or relating to pants
a pant leg

variants or panto-
: all
pantisocracy

Verb Dogs pant when they are hot. The hikers were panting by the time they reached the top of the hill.

Middle English, modification of Anglo-French panteiser, from Vulgar Latin *phantasiare to have hallucinations, from Greek phantasioun, from phantasia appearance, imagination — more at fancy

1892, in the meaning defined above 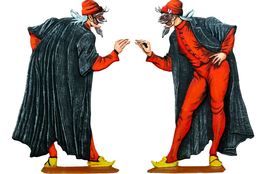 The History of 'Pants'

The word's origins are rooted in comedy

verb
ˈpant
1
a
: to breathe hard or quickly : gasp
b
: to make a puffing sound
c
: to move forward with panting
the car panted up the hill
2
: to wish for eagerly : yearn
3
: to utter with panting
ran up and panted out the message
pant noun

: to breathe quickly, spasmodically, or in a labored manner

More from Merriam-Webster on pant