1
: causing nausea or disgust : nauseating
the nauseous smell of rotting garbage
2
: affected with nausea or disgust
When the medication makes her tired and nauseous, she works at home instead of going to the office.

Those who insist that nauseous can properly be used only to mean "causing nausea" and that its later "affected with nausea" meaning is an error for nauseated are mistaken. Current evidence shows these facts: nauseous is most frequently used to mean physically affected with nausea, usually after a linking verb such as feel or become; figurative use is quite a bit less frequent. Use of nauseous to mean "causing nausea or disgust" is much more often figurative than literal, and this use appears to be losing ground to nauseating. Nauseated is used more widely than nauseous when referring to being affected with nausea.

Is one nauseous or nauseated?

What is the verb for nauseous?

The verb form of nauseous is nauseate, meaning "to affect with nausea or disgust." It comes from the Latin word meaning "seasickness, nausea," which itself may be traced back to the Greek word for "sailor" (nautēs).

Is nausea a noun?

Nausea is a noun, meaning "a stomach distress with distaste for food and an urge to vomit" or "extreme disgust." A number of other nouns are closely related in meaning, including nauseant ("something that causes nausea"), nauseousness ("an instance of nausea"), and nauseatingness ("the quality or state of being nauseating").

She looked slightly nauseous, as though she had just watched someone being sick. However, when she drew out her wand and pointed it at Barty Crouch, her hand was quite steady.

J. K. Rowling, Harry Potter and the Goblet of Fire, 2000 She unleashed, too, an olfactory effect of such nauseous potency as to make him gag and retch.

Salman Rushdie, The Satanic Verses, 1989 Personally, I think that writing must be a bit like pregnancy: It begins with a microscopic idea that with time grows and takes shape and comes alive. And often, when I get up in the morning and look at what I wrote the night before, sure enough—I become nauseous.

Mike Nichols, Life and other ways to kill time, 1988 Ermyn didn't take sugar, but she sipped the nauseous solution bravely, incapable of rebuffing a kindness.

Alice Thomas Ellis, The Sin Eater, 1977 The smell of gasoline makes me nauseous. I began to feel nauseous. See More
Recent Examples on the Web Oh no, Anne’s sister-in-law Louisa, who is actually nice, is falling for Wentworth, and Anne is clearly nauseous about it.

Audrey Mcavoy, Anchorage Daily News, 4 Dec. 2021 After months of feeling increasingly nauseous, unable to keep his food down, Duran decided to go on a bike ride.

Emily Alvarenga, San Diego Union-Tribune, 16 June 2022 Is anyone else getting slightly nauseous watching Harry spin on a moving platform?

SELF, 11 Feb. 2022 That sort of like nauseous feeling, headache-y, dizzy, where you absolutely are incapacitated.

These example sentences are selected automatically from various online news sources to reflect current usage of the word 'nauseous.' Views expressed in the examples do not represent the opinion of Merriam-Webster or its editors. Send us feedback. 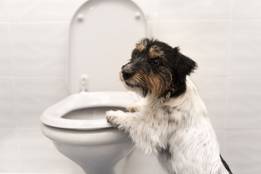 Can You Feel 'Nauseous'?

And what does 'Satan's Tennis-Ball' have to do with it? 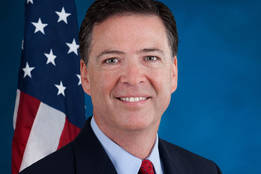 Yes, the word can be used as a synonym for 'nauseated'

More from Merriam-Webster on nauseous