1
: usually intense or unbridled sexual desire : lasciviousness
He was motivated more by lust than by love.
2
a
: an intense longing : craving
a lust to succeed
b
: enthusiasm, eagerness
admired his lust for life
3
obsolete
a
: pleasure, delight
b
: personal inclination : wish

: to have an intense desire or need : crave
specifically : to have a sexual urge

Noun He was consumed by lust. He was driven by a lust for power. Lust for chocolate drew her into the candy store.
Recent Examples on the Web
Noun
She was held captive in a dungeon of lust hidden on a vast estate where there were instruments molded from a Poe story, in which a device meant a tool worked by hand to break the halos of medieval lambs.

Sasha Frere-jones, Harper’s Magazine , 9 Nov. 2022 The departures and interweaving viewpoints read like musicians trading solos: There is the rhythm section of neighbors and gossip, the strings of Black womanhood, the seductive croon of lust, the horns speaking Violet’s heart.

Shirley Li, The Atlantic, 31 Oct. 2022 Critics are not incorrect to see in Monroe pliability, openness, lust.

Sophie Lewis, Harper’s Magazine , 26 Oct. 2022 The affair is pure lust, and Unfaithful isn't even a proper thriller until the 70-minute mark.

Darren Franich, EW.com, 10 May 2022 One result was a lust to discover the source of that mythic body of water.

Howard Schneider, WSJ, 6 May 2022 Indeed, love—or, at the very least, lust—is more common on long trails than guidebooks or the Guthook app comments section might lead you to believe.

Outside Online, 13 Feb. 2021 Also because lust is a notoriously unreliable life strategy.

Anna Pulley, Chicago Tribune, 6 Oct. 2022
Verb
Or Andrey Rublev, a 25-year-old Russian with a forehand that so many pros lust after.

Matthew Futterman, New York Times, 18 Nov. 2022 Skiers and riders lust after testing the latest technology, and shops are keeping up with customer demand by offering a wide selection of high-quality performance skis.

Carolyn Webber, Outside Online, 13 Feb. 2019 In 1953, Newman and Woodward were young actors on Broadway who fell passionately in love and lust with each other.

Victoria Gomelsky, Robb Report, 31 Dec. 2021 To be fair, everybody in the family seems to lust for Patrizia.

Bilge Ebiri, Vulture, 11 Dec. 2021 The league bosses, who lust for new stadiums, would have objected, leaned on the Yorks to build a new one ASAP.

Scott Ostler, San Francisco Chronicle, 13 Nov. 2021 Fantasies of love or lust open her up to violent visions of volcanoes, unrest and a hail of bullets, but all these disasters are outstripped by her longing.

These example sentences are selected automatically from various online news sources to reflect current usage of the word 'lust.' Views expressed in the examples do not represent the opinion of Merriam-Webster or its editors. Send us feedback. 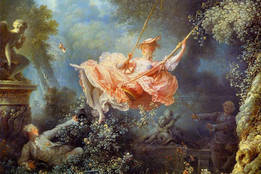 More from Merriam-Webster on lust