The basis of the word lily-livered lies in an old belief. Years ago, people thought that health and temperament were the products of a balance or imbalance of four bodily fluids, or humors: blood, phlegm, black bile, and yellow bile. It was believed that a deficiency of yellow bile, or choler, the humor that governed anger, spirit, and courage, would leave a person's liver colorless or white. Someone with this deficiency, and so white-livered, would be spiritless and a coward. Lily-livered and white-livered have been used synonymously since the 17th century, but lily-livered is now the more common expression, probably because of its alliteration.

1605, in the meaning defined above 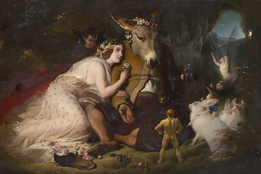 One for each day of the week

lily of the Incas