plural impacts
1
a
: an impinging or striking especially of one body against another
b
: a forceful contact or onset
also : the impetus communicated in or as if in such a contact
2
: the force of impression of one thing on another : a significant or major effect
the impact of science on our society
a study outlining the potential environmental impacts of the construction project

1
: to have an impact —often used with on
2
: to impinge or make contact especially forcefully

Is impact a verb?

You may occasionally run into claims that impact is not a verb, or that it is somehow ill-suited to a role in this part of speech. Not only is that not the case, but the verb form of impact is much older than the noun form. It is possible that the word started attracting more displeasure when it began being widely used in a figurative sense as a transitive verb ("we expect the recession to impact the company"). The word is certainly a verb, although before using it in this manner in writing it is worth considering your audience, and whether members of it are likely to consider this use problematic.

Choose the Right Synonym for impact

impact may be used to imply contact between two things, at least one of which is impelled toward the other.

the glass shattered on impact with the floor

collision implies the coming together of two or more things with such force that both or all are damaged or their progress is severely impeded.

the collision damaged the vehicle

shock often denotes the effect produced by a collision and carries the suggestion of something that strikes or hits with force.

the shock of falling rocks

concussion when not in technical use, often suggests the shattering, disrupting, or weakening effects of a collision, explosion, or blow.

bystanders felt the concussion of the blast

Noun No one could have survived such an impact. These warnings have been heard so often that they have lost their impact. The book had a huge impact when it first came out. We need to be concerned about the environmental impacts of all this construction. She expects to make an immediate impact at work. Verb No one is sure how these changes will impact our relations with other countries. Both events negatively impacted her life. The tax increase will impact low-income families the most. The poor economy is impacting on small businesses. A crater was formed at the point where the meteor impacted the planet's surface. See More
Recent Examples on the Web
Noun
That’s not to downplay the designer’s impact at all—for his part, Sam Edelman is another fashion icon, creating practical shoes for women around the world.

Kevin Leblanc, ELLE, 21 Nov. 2022 But outside the Barclays Center two hours before tipoff, Irving’s impact on the community was felt as the building was surrounded by a Black Hebrew Israelite group from the Bronx, who call themselves Israel United in Christ.

Scooby Axson, USA TODAY, 21 Nov. 2022 This is a story that tells you the impact that care and kindness can make in your personal world.

Halie Lesavage, Harper's BAZAAR, 20 Nov. 2022 The impact created the largest cloud of space debris ever, and many of the more than 3,000 remnants will stay in orbit for decades.

Lily Kuo, Washington Post, 20 Nov. 2022 Justin Fields wasn’t even sure Sunday afternoon exactly how the injury to his left shoulder happened, likely upon impact with the ground as he was tackled.

Colleen Kane, Chicago Tribune, 20 Nov. 2022 Does the refusal of the vice president and the former president to comply with your investigation in any way impede the impact or outcome?

CBS News, 20 Nov. 2022
Verb
The snowfall will continue to impact the Great Lakes region this weekend, with lake-effect snow, which occurs when arctic air races across the relatively milder waters of the Great Lakes.

Christine Rapp, NBC News, 19 Nov. 2022 What drives our colleagues around the globe is the opportunity to impact someone’s life for the better every day.

Fortune Editors, Fortune, 16 Nov. 2022 Her lawyers believe this move has the potential to negatively impact the artist’s ability to promote her work and court new fans.

Rivea Ruff, Essence, 16 Nov. 2022 The firings from today are just the latest to impact the company.

Joe Wituschek, BGR, 15 Nov. 2022 Recently, Mel and I got into a discussion about a possible economic slowdown and how that figures to impact hybrid workers in every industry.

John Hudson, Anchorage Daily News, 12 Nov. 2022 The conversation about sustainability was nascent at that point, and my eyes were opened not only to the challenges, but also scale of the opportunity for the industry to impact climate change.

These example sentences are selected automatically from various online news sources to reflect current usage of the word 'impact.' Views expressed in the examples do not represent the opinion of Merriam-Webster or its editors. Send us feedback.

Latin impactus, past participle of impingere to push against — more at impinge

1601, in the meaning defined at transitive sense 2a 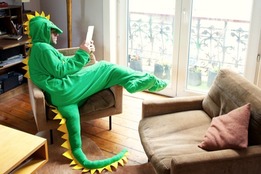 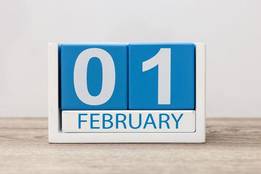 1
: to have a strong effect on
volcanic ash impacted weather conditions worldwide
2
: to hit or cause to hit with force

1
: a striking together of two bodies : collision
2
: a forceful effect
the impact of pollution on the environment

More from Merriam-Webster on impact