1
a
: the tarsal joint or region in the hind limb of a digitigrade quadruped (such as the horse) corresponding to the human ankle but elevated and bending backward see horse illustration
b
: a joint of a fowl's leg that corresponds to the hock of a quadruped
2
: a small cut of meat from a front or hind leg just above the foot
ham hocks

US, informal
: to forcefully spit out (something, such as phlegm)
hock a loogie
hock a wad of tobacco

circa 1625, in the meaning defined above

1878, in the meaning defined above

1990, in the meaning defined above 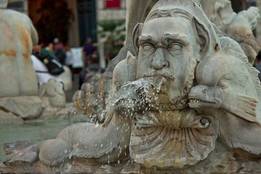 A question for the ages

1
: the region in the hind limb of a four-footed animal (as the horse) that corresponds to the human ankle
2
: a small cut of meat from either the front or hind leg just above the foot especially of a pig
ham hocks

: the joint or region of the joint that unites the tarsal bones in the hind limb of a digitigrade quadruped (as the horse) and that corresponds to the human ankle but is elevated and bends backward

More from Merriam-Webster on hock