1a(1) : a nether world in which the dead continue to exist : hades
(2) : the nether realm of the devil and the demons in which condemned people suffer everlasting punishment —often used in curses go to hell or as a generalized term of abuse the hell with it
b Christian Science : error sense 2b, sin
2a : a place or state of misery, torment, or wickedness war is hell— W. T. Sherman
b : a place or state of turmoil or destruction all hell broke loose
c : a severe scolding also : flak, grief gave me hell for coming in late
d : unrestrained fun or sportiveness the kids were full of hell —often used in the phrase for the hell of it especially to suggest action on impulse or without a serious motive decided to go for the hell of it
e : an extremely unpleasant and often inescapable situation rush-hour hell
3 archaic : a tailor's receptacle
4 —used as an interjection hell, I don't know! or as an intensive hurts like hellfunny as hell —often used in the phrase hell of a it was one hell of a good fight or hell out of scared the hell out of him or with the or in moved way the hell up northwhat in hell is wrong, now?
from hell
: being the worst or most dreadful of its kind a vacation from hell
hell on
: very hard on or destructive to the constant traveling is hell on your digestive system
hell or high water
: difficulties of whatever kind or size will stand by her convictions come hell or high water
hell to pay
: dire consequences if he's late there'll be hell to pay
what the hell
—used interjectionally to express a lack of concern about consequences or risks it might cost him half his estate … but what the hell— N. W. Aldrich born 1935
Synonyms & Antonyms More Example Sentences Phrases Containing hell Learn More About hell

Examples of hell in a Sentence

Getting the loan approved was pure hell. He went through hell during his divorce. She had to go through hell to get where she is today. Living with the disease can be a hell on earth. The pain has made her life a living hell.
Recent Examples on the Web Following every gripping second of Stone's fight for survival, Gravity is both a groundbreaking technical accomplishment and a hell of a blockbuster. — Emma Dibdin, Town & Country, 17 June 2022 Keeping employees engaged is one hell of a challenge, especially in today’s culture. — Kale Goodman, Forbes, 9 June 2022 David beating Goliath is a hell of a story, but in reality, the guy with the slingshot doesn’t win often. — Joshua Benton, The Atlantic, 9 June 2022 That’s a hell of a lot easier than going out to a rally and talking to Trump supporters. — Abbey White, The Hollywood Reporter, 5 June 2022 There was a woman standing behind the counter who turned out to be Rita, Bob’s wife, who herself had a hell of a voice as part of the Soulettes and later the I Three. — Chris Blackwell And Paul Morley, Rolling Stone, 29 May 2022 Austin Jackson did a hell of a job opening up a running lane on one of Ahmed’s cut back runs, which went for 20-ish yards. — Omar Kelly, Sun Sentinel, 17 May 2022 Disney though, ain’t going to let Mickey go without putting up a hell of a fight. — Los Angeles Times, 11 May 2022 Respect to the people who ignore titles, and fight like hell for what is right. — Sarah Todd, Quartz, 26 Apr. 2022 See More

These example sentences are selected automatically from various online news sources to reflect current usage of the word 'hell.' Views expressed in the examples do not represent the opinion of Merriam-Webster or its editors. Send us feedback.

First Known Use of hell

History and Etymology for hell

Note: The connection with *hel- "conceal" is traditional in the etymological literature, though given that the literal meaning of *haljō, the mythological abode of the dead, is unknown, it must be regarded as speculative.

The first known use of hell was before the 12th century 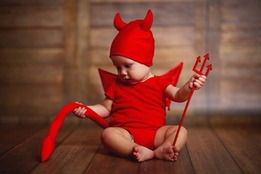 Going beyond the fire and brimstone 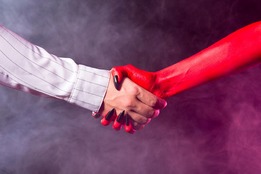 Don't blame a word use error on the devil.

1 : a place where evil people are believed in some religions to suffer after death
2 : a place or state of misery or wickedness After the injury, life was hell.

More from Merriam-Webster on hell