1
a
: of, relating to, or being part of a hard core
hard-core poverty
the hard-core unemployed
b
: confirmed, die-hard
hard-core rock fans
a hard-core liberal
2
of pornography : containing explicit descriptions of sex acts or scenes of actual sex acts compare soft-core
3
: characterized by or being the purest or most basic form of something : fundamental
a room gussied up in hard-core French provincial style—

1
: a central or fundamental and usually enduring group or part: such as
a
: a relatively small enduring core of society marked by apparent resistance to change or inability to escape a persistent wretched condition (such as poverty or chronic unemployment)
b
: a militant or fiercely loyal faction
2
usually hardcore
ˈhärd-ˌkȯr

, chiefly British : hard material in pieces (such as broken bricks or stone) used as a bottom (as in making roads and in foundations)

Noun He knows that he can count on the support of a hard core of party loyalists.
Recent Examples on the Web
Noun
All of the adaptations hope to capitalize on the games’ devoted base of hard core fans. —

Gianmaria Tammaro, The Hollywood Reporter, 4 Jan. 2023 He was widely credited with representing every faction of that movement, from the most liberal to the most hard core. —

Isabel Kershner, New York Times, 1 Jan. 2023 But the Georgia senator has repeatedly cited teaming up with Cruz on an infrastructure project as evidence of his willingness to work across the aisle with even the most hard core Republicans. —

Dallas News, 3 Dec. 2022 The people that fit into this two-category model described here are generally the most active and hard core members of the parties. —

Andrea Kuszewski, Discover Magazine, 7 Sep. 2011 According to Elon Musk, how long in 24 hours should someone rest from hard core work? —

The Salt Lake Tribune, 17 Nov. 2022 And there’s increasing angst that Trump’s popularity with a hard core of the GOP base may determine the outcomes of Republican primaries, but doesn’t translate to general election victories. —

Brian Bennett, Time, 15 Nov. 2022 Our crew—a mix of hard core skiers, recreational athletes, everyday adventurers, and city dwellers—wore these baselayers everywhere from the high deserts of New Mexico and frigid British Columbia to the humid coastlines of Georgia and Greenland. —

These example sentences are selected automatically from various online news sources to reflect current usage of the word 'hard-core.' Views expressed in the examples do not represent the opinion of Merriam-Webster or its editors. Send us feedback. 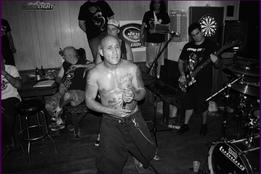 noun
1
: an unchanging and lasting central part
2
: a small number of aggressive members of a group
hard-core adjective