in-
1
a
: belonging or native to a particular people or country
b
: characteristic of or prevalent in a particular field, area, or environment
problems endemic to translation
the self-indulgence endemic in the film industry
2
: restricted or peculiar to a locality or region
endemic diseases
an endemic species
endemically
en-ˈde-mi-k(ə-)lē

in-
: an organism that is restricted or peculiar to a locality or region : an endemic organism

If you translate it literally, endemic means "in the population." It derives from the Greek endēmos, which joins en, meaning "in," and dēmos, meaning "population." "Endemic" is often used to characterize diseases that are generally found in a particular area; malaria, for example, is said to be endemic to tropical and subtropical regions. This use differs from that of the related word epidemic in that it indicates a more or less constant presence in a particular population or area rather than a sudden, severe outbreak within that region or group. The word is also used by biologists to characterize the plant and animal species that are only found in a given area.

Choose the Right Synonym for endemic

native implies birth or origin in a place or region and may suggest compatibility with it.

indigenous applies to that which is not only native but which, as far as can be determined, has never been introduced or brought from elsewhere.

endemic implies being peculiar to a region.

aboriginal implies having no known others preceding in occupancy of a particular region.

Adjective Divorce has become so endemic in our society that a whole lore has risen up around it: that divorce is a temporary crisis; that so many children have experienced their parents' divorce that children nowadays do not worry much about it; that in fact it makes things easier, and it is itself a mere rite of passage; that if the parents feel better, so will the children.

Elisabeth Lasch-Quinn, New Republic, 6 May 2002 Situated only 250 miles off the coast of Africa, Madagascar is biologically unique. Not only does it have a rich animal and plant life, it also houses a huge number of endemic species found nowhere else on earth.

Jim Milliot et al., Publishers Weekly, 15 May 2000 The rap performers I enjoy are those who emphasize production values, songcraft and that quality of playfulness endemic to all good pop.

Francis Davis, Atlantic, October 1993 the fish is not an endemic species of the lake, and it is rapidly devouring the native trout population
Recent Examples on the Web
Adjective
Antisemitism is endemic, and it’s being inflamed by a wide range of hate sites online.

Bill Carter, CNN, 2 Nov. 2022 To be fair, these flaws are endemic to sitcoms in their first season, a period when writers are still figuring out what works and what doesn't.

Vikram Murthi, Chron, 3 Nov. 2022 While the sudden demand from Western countries sucked up available vaccines, poor countries such as Congo, where the disease has existed long enough to be endemic, have been slow to seek supplies from the WHO and partners.

Fox News, 31 Oct. 2022 Monkeypox is endemic in parts of Africa, where people have been infected through bites from rodents or small animals, but it wasn’t considered a disease that spreads easily among people until May, when infections emerged in Europe and the U.S.

Mike Stobbe, Anchorage Daily News, 1 Oct. 2022 Monkeypox is endemic in parts of Africa, where people have been infected through bites from rodents or small animals, but it wasn’t considered a disease that spreads easily among people until May, when infections emerged in Europe and the U.S.

Mike Stobbe, ajc, 30 Sep. 2022 Monkeypox is endemic in parts of Africa, where people have been infected through bites from rodents or small animals, but it wasn’t considered a disease that spreads easily among people until May, when infections emerged in Europe and the U.S.

Mike Stobbe, Chicago Tribune, 30 Sep. 2022 It was first identified in 1958, according to The New York Times, and has been endemic in Africa.

Daniel Strauss, The New Republic, 21 Sep. 2022 The virus, which is endemic in Central and Western Africa, hitched rides on people from that region to festivals around the world, and then landed in countries where cases are rarely reported.

Time, 15 Sep. 2022
Noun
The judge in the case said that corruption was endemic on the Glencore trading desk at the heart of the charges.

Alistair Macdonald, WSJ, 3 Nov. 2022 Such rare cases tap into fears that the global monkeypox outbreak could spill over from humans and become endemic in new populations of wild animals.

Benjamin Ryan, NBC News, 7 Oct. 2022 The Global Polio Eradication Initiative, which works to eradicate all wild and vaccine-related cases of the virus, said although largely eradicated the disease remains endemic in Afghanistan and Pakistan.

Adela Suliman, Washington Post, 23 June 2022 Or maybe there was something bigger amiss, leaving evaluators both inside the organization and around the rest of the industry wondering whether subtle endemic weaknesses keep contributing to the team’s all-too-common playoff failures.

Los Angeles Times, 24 Oct. 2022 The variant’s high proportion suggests natural selection continued to favor it until recently, presumably because the plague remained endemic in Europe and Asia into the 19th century.

Byann Gibbons, science.org, 19 Oct. 2022 Henan is a rough place, where a legacy of poverty feeds an image of endemic crime, as well as a cruel caricature across China.

Evan Osnos, The New Yorker, 17 Oct. 2022 He also will be tasked with bringing on new clients, including gaming and non-gaming-endemic brands.

Todd Spangler, Variety, 3 Oct. 2022 At a campaign event Wednesday morning on the Far Northwest Side, Pritzker sought to portray pervasive political corruption in Illinois as a bipartisan problem rather than one endemic to Democrats.

These example sentences are selected automatically from various online news sources to reflect current usage of the word 'endemic.' Views expressed in the examples do not represent the opinion of Merriam-Webster or its editors. Send us feedback. 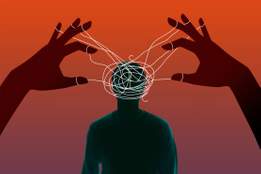 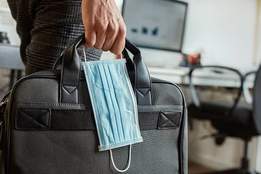 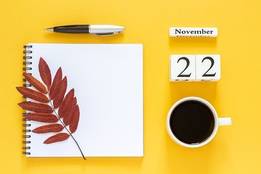 adjective
en·​dem·​ic
en-ˈdem-ik,
in-
: originating or growing or found especially and often only in a certain locality or region
endemic diseases
an endemic plant

More from Merriam-Webster on endemic