1
: to hide under a false appearance
dissembling the facts
2
: to put on the appearance of : simulate
She lay down and dissembled sleep.

: to put on a false appearance : conceal facts, intentions, or feelings under some pretense
He had dissembled about the risks involved.
dissembler
di-ˈsem-b(ə-)lər

We don't have anything to hide: dissemble is a synonym of disguise, cloak, and mask. Disguise implies a change in appearance or behavior that misleads by presenting a different apparent identity ("The prince disguised himself as a peasant"). Cloak suggests a means of hiding a movement or an intention ("The military operation was cloaked in secrecy"). Mask suggests some often obvious means of hiding or disguising something ("The customer smiled to mask her discontent"). Dissemble (from Latin dissimulare, meaning "to disguise or conceal") stresses the intent to deceive, especially about one's own thoughts or feelings, and often implies that the deception is something that would warrant censure if discovered.

he dissembled happiness at the news that his old girlfriend was getting married—to someone else children learn to dissemble at a surprisingly early age
Recent Examples on the Web The PCs are easy to dissemble and repair, meaning they can be fixed rather than thrown out in favor or new ones, Kao says.

Ralph Jennings, Forbes, 5 July 2022 This facility will soon mandate that all visitors be vaccinated, but my relative plans to dissemble in order to evade the requirement.

New York Times, 3 Aug. 2021 That drew a memorable riposte from Martin Indyk, a former U.S. ambassador to Israel, who slyly suggested that the former vice president, with his long Senate experience, was no naif about Netanyahu’s ability to dissemble.

Noga Tarnopolsky, Los Angeles Times, 19 Nov. 2020 The doctors attending him are public servants and shouldn’t dissemble or strategize when answering questions that citizens are entitled to ask.

Star Tribune, 7 Oct. 2020 The Ebay team allegedly continued to dissemble, both to law enforcement and to Ebay’s own lawyers, who by August 26 had begun to conduct their own interviews about the matter.

Los Angeles Times, 30 Apr. 2020 Everything so far has been dissembling, denial, pointing the finger somewhere else.

These example sentences are selected automatically from various online news sources to reflect current usage of the word 'dissemble.' Views expressed in the examples do not represent the opinion of Merriam-Webster or its editors. Send us feedback. 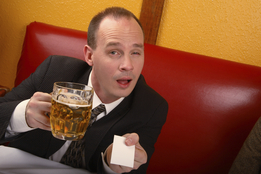 More from Merriam-Webster on dissemble