1
: a written composition in which two or more characters are represented as conversing
2
a
: a conversation between two or more persons
also : a similar exchange between a person and something else (such as a computer)
b
: an exchange of ideas and opinions
organized a series of dialogues on human rights
c
: a discussion between representatives of parties to a conflict that is aimed at resolution
a constructive dialogue between loggers and environmentalists
3
: the conversational element of literary or dramatic composition
very little dialogue in this film
writes realistic dialogue
4
: a musical composition for two or more parts suggestive of a conversation

: to express in dialogue
… and dialogued for him what he would say …—

: to take part in a dialogue
managers dialoguing with employees

Noun He is an expert at writing dialogue. There's very little dialogue in the film. The best part of the book is the clever dialogue. Students were asked to read dialogues from the play. The two sides involved in the labor dispute are trying to establish a dialogue. The two parties have been in constant dialogue with each other. See More
Recent Examples on the Web
Noun
For Sellers and Muhammad, the dialogue is both spoken and unspoken. —

Peter Marks, Washington Post, 26 Jan. 2023 The pope sidestepped a question about how the Vatican’s relationship with Taiwan affects the dialogue. —

Nicole Winfield, Baltimore Sun, 25 Jan. 2023 The dialogue in all of these films is invigorating, trenchant, surprising. —

Richard Brody, The New Yorker, 24 Jan. 2023 The film boasts some of the best dialogue of any Hitchcock film and makes substantial use of music. —

Wesley Stenzel, EW.com, 24 Jan. 2023 The dialogue between her and Cuff is witty and memorable, and there’s incredible attention to detail in Athia’s world and history through the game’s many collectibles. —

George Yang, Variety, 23 Jan. 2023 The dialogue was also pretty linear and being driven by the action around us. —

Brian Davids, The Hollywood Reporter, 16 Jan. 2023 Business, art, but above all fashion: these are the pillars of the dialogue reproduced — with a little editing — below. —

Ian Bogost, The Atlantic, 13 Jan. 2023
Verb
Visitors are encouraged to dialogue with artists whose works-in-progress are on view June 4 through June 25. —

Matt Cooperlistings Coordinator, Los Angeles Times, 1 June 2022 How might our politics look different if sincerity claims were an invitation to dialogue rather than a conversation-stopper? —

Charles Mccrary, The New Republic, 4 Apr. 2022 Be sure to regularly dialogue with your employees about stress management and burnout, formally through surveys and informally through check-ins. —

Naz Beheshti, Forbes, 5 Jan. 2022 In behind-the-scenes footage shared to her Story, El Moussa and Richards lip synched along to dialogue from her Netflix show. —

Greta Bjornson, PEOPLE.com, 4 Feb. 2022 There will be time at the end of the program for audience members to dialogue with the performers. —

Lisa Deaderick, San Diego Union-Tribune, 16 Oct. 2021 Typically done after a project is completed, snapshots enable managers to dialogue with employees about their performance while the project is still top of mind. —

Lisa Bodell, Forbes, 29 Sep. 2021 Who knows, had Korach and his group agreed to seriously dialogue with Moses, Moses might have calmed them down. — 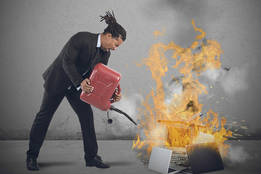 noun
di·​a·​logue
variants also dialog
ˈdī-ə-ˌlȯg,
-ˌläg
1
: a conversation between two or more persons
2
: conversation given in a written story or play