1
: an assembly or meeting for consultation, advice, or discussion
the Second Vatican Council
2
: a group elected or appointed as an advisory or legislative body
a governor's council
a city council
3
a
: a usually administrative body
a council on housing
b
: an executive body whose members are equal in power and authority
c
: a governing body of delegates from local units of a federation
4
: deliberation in a council
5
a
: a federation of or a central body uniting a group of organizations
the National Council of Teachers of English
b
: a local chapter of an organization
c
: club, society

Noun The city council is considering a ban on smoking in restaurants. the governor's council on physical fitness
Recent Examples on the Web
Noun
The other two participants, council members Kevin de León and Gil Cedillo, have so far refused to step down.

al, 17 Nov. 2022 The other two participants, council members Kevin de León and Gil Cedillo, have so far refused to step down.

Reis Thebault, BostonGlobe.com, 16 Nov. 2022 On Wednesday, a coalition of community groups are planning a rally in Boyle Heights to demand, once again, that one of the council members involved, Kevin de León, resign.

Ed Wittenberg, cleveland, 15 Nov. 2022
Adjective
Barth has previously served as an at-large member of the council and was council vice president from 2013-15.

These example sentences are selected automatically from various online news sources to reflect current usage of the word 'council.' Views expressed in the examples do not represent the opinion of Merriam-Webster or its editors. Send us feedback. 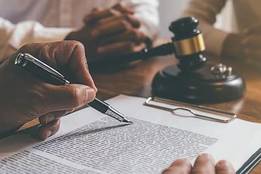 Convening on 'Counsel' and 'Council'

We drop the gavel. Remediation is provided.

coun·​cil
ˈkau̇n(t)-səl
1
: a meeting for consultation
2
: an advisory or legislative body
the governor's council
3
: an administrative body
city council

: a governmental body: as
a
: a group elected as a legislative body
city council
b
: an administrative body
council on aging
c
: an executive body whose members are equal in power and authority compare committee sense 2b

More from Merriam-Webster on council