Noun I almost had a coronary when I heard the news.
Recent Examples on the Web
Adjective
In the past two years, the hospital received state approval to begin placing coronary stents, which means Wyckoff no longer sends every heart attack patient on a lengthy ambulance ride to Manhattan.

Dennis Mclellan, Anchorage Daily News, 11 Nov. 2022 In Texas, he reportedly was put in a medically induced coma for four days and had two coronary stents replaced.

Dennis Mclellan, Los Angeles Times, 11 Nov. 2022 For white women, the top cause of death was by far mental health issues, accounting for nearly 35% of deaths, followed by hemorrhage (12%), cardiac and coronary conditions (11%), and infection (11%).

Annalisa Merelli, Quartz, 23 Sep. 2022 Black mothers, who are three times as likely as white mothers to die, made up close to a third of deaths and were most likely to die of cardiac and coronary problems.

Nada Hassanein, USA TODAY, 20 Sep. 2022 The scan is a noninvasive, painless cardiac calcium scoring scan that measures the extent of plaque buildup in the coronary arteries.

Staff Report, Chicago Tribune, 4 Oct. 2022 One area not touched on in the USPSTF guidelines, for instance, is a person's coronary calcium score.

Jen Christensen, CNN, 23 Aug. 2022 Most people with blockages in large arteries, such as the carotid, aorta or coronary vessels, should be on medication to reduce heart disease risk.

Dr. Keith Roach, oregonlive, 23 Aug. 2022
Noun
Have a coronary if Carney walked in with that kind of weight.

Colson Whitehead, The New Yorker, 19 July 2021 And when Meaghan Wolfe, the elections administrator in Wisconsin, walked through the state’s laborious process of double-checking vote counts on television, the nation nearly had a collective coronary.

Robert Osborne, The Hollywood Reporter, 31 Mar. 2018 One of the few people who can definitively answer that question is John Wildey, an English retiree who, in the fall of 2013, was riding shotgun in a two-place Cessna when his friend succumbed to a massive coronary.

Jeff Wise, Popular Mechanics, 7 Mar. 2018 To wit: This past weekend a 55-year-old childhood friend of my husband’s died suddenly and unexpectedly from a massive coronary, leaving everyone around him stunned.

These example sentences are selected automatically from various online news sources to reflect current usage of the word 'coronary.' Views expressed in the examples do not represent the opinion of Merriam-Webster or its editors. Send us feedback.

borrowed from New Latin corōnārius "of a crown, encircling a body organ like a crown," going back to Latin, "of garlands or wreaths," from corōna "garland, wreath worn on the head as a mark of honor or emblem of majesty" + -ārius -ary entry 2 — more at crown entry 1 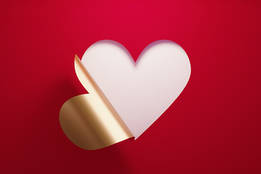 'Cordial': A Word Straight from the...

Whereas 'coronary' is not so much

ˈkär-
: of, relating to, or being the vessels that carry blood to or away from the heart
also : of or relating to the heart

More from Merriam-Webster on coronary