-ˈtyü-
1
a
: the basic principles and laws of a nation, state, or social group that determine the powers and duties of the government and guarantee certain rights to the people in it
b
: a written instrument embodying the rules of a political or social organization
2
a
: the physical makeup of the individual especially with respect to the health, strength, and appearance of the body
a hearty constitution
b
: the structure, composition, physical makeup, or nature of something
the constitution of society
3
: the mode in which a state or society is organized
especially : the manner in which sovereign power is distributed
4
: an established law or custom : ordinance
5
: the act of establishing, making, or setting up
before the constitution of civil laws
constitutionless
ˌkän(t)-stə-ˈtü-shən-ləs

Constitution was constituted in 14th-century English as a word indicating an established law or custom. It is from Latin constitutus, the past participle of constituere, meaning "to set up," which is based on an agreement of the prefix com- ("with, together, jointly") with the verb statuere ("to set or place"). Statuere is the root of statute, which, like constitution, has a legal background; it refers to a set law, rule, or regulation. Constitution is also the name for a system of laws and principles by which a country, state, or organization is governed or the document written as a record of them. Outside of law, the word is used in reference to the physical health or condition of the body ("a person of hearty constitution") or to the form or structure of something ("the molecular constitution of the chemical").

The state's constitution has strict rules about what tax money can be used for. Members of the club have drafted a new constitution. The state's original constitution is on display at the museum. He has a robust constitution. Only animals with strong constitutions are able to survive the island's harsh winters. What is the molecular constitution of the chemical? See More
Recent Examples on the Web Public unions will pursue similar initiatives in other states to override right-to-work laws, such as Tennessee, where voters added right to work in the state constitution.

The Editorial Board, WSJ, 11 Nov. 2022 In Michigan, voters will decide whether to explicitly enshrine a woman's reproductive rights in the state constitution.

Rachel Looker, USA TODAY, 8 Nov. 2022 No on Proposal 3, the ballot initiative that would enshrine reproductive rights in the state constitution.

Jamie Goldberg, oregonlive, 5 Nov. 2022 Enshrining these pro-voter policies in the state constitution would immunize them from repeal by the state legislature.

Joshua A. Douglas, CNN, 1 Nov. 2022 Included in the state constitution is a section providing for Alaskans to vote on whether to hold a constitutional convention every 10 years.

Jaden Edison, Hartford Courant, 30 Oct. 2022 Currently, election officials rely on signature verification rather than photo identification to verify absentee ballots, and the right to vote absentee is guaranteed in the state constitution.

These example sentences are selected automatically from various online news sources to reflect current usage of the word 'constitution.' Views expressed in the examples do not represent the opinion of Merriam-Webster or its editors. Send us feedback. 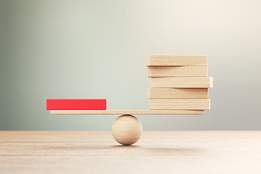 1
: the act of establishing, making, or setting up
2
a
: the physical makeup of an individual
b
: the structure, composition, or basic qualities of something
3
a
: the basic beliefs and laws of a nation, state, or social group that establish the powers and duties of the government and guarantee certain rights to the people in it
b
: a document containing a constitution

1
: the physical makeup of the individual comprising inherited qualities modified by environment
2
: the structure of a compound as determined by the kind, number, and arrangement of atoms in its molecule
constitutional
-shnəl, -shən-ᵊl

con·​sti·​tu·​tion
1
: the basic principles and laws of a nation, state, or social group that determine the powers and duties of the government and guarantee certain rights to the people in it
2
: a written instrument containing the fundamental rules of a political or social organization
especially, capitalized : the U.S. Constitution compare charter, declaration

History and Etymology for constitution

Latin constitutio system, fundamental principles (of an institution), from constituere to set up, establish

More from Merriam-Webster on constitution