1
a
: something that fills up, completes, or makes better or perfect
The scarf is a perfect complement to her outfit.
b(1)
: the full quantity, number, or assortment needed or included
… the usual complement of eyes and ears …—

Francis Parkman
… after several more minutes of waiting, the full complement of runners was sent off by the starter's pistol.—

Craig Neff
(2)
: the whole force or personnel of a ship
c
: one of two mutually completing parts : counterpart
She is a kind of complement to me, and we get on famously.—

Flannery O'Connor
2
: an added word or expression by which a predication is made complete (such as president in "they elected him president" and beautiful in "he thought her beautiful")
3
a
: the angle or arc that when added to a given angle or arc equals a right angle in measure
b
: the set of all elements that do not belong to a given set and are contained in a particular mathematical set containing the given set
c
: a number that when added to a certain number of the same sign yields a number with the digit 1 as the significant digit farthest to the left and the digit 0 in every other digit place —used especially in assembly language programming
4
: the musical interval required with a given interval to complete the octave
5
: the thermolabile group of proteins in normal blood serum and plasma that in combination with antibodies causes the destruction especially of particulate antigens (such as bacteria and foreign blood corpuscles)

1
: to complete or enhance by providing something additional : to be complementary to
The illustrations complement the text.
2
obsolete : compliment

Is it complement or compliment?

Today there is no overlap between the meanings of complement and compliment, as either nouns or verbs, but their similar spellings and pronunciations make them prime candidates for confusion. Despite the difference in their meanings, both complement and compliment have roots in the Latin word complēre which means “to complete.” Complement remains true to that origin in its spelling and in its meanings that have to do with completing or completion. Keep that connection in mind and there should be no question as to whether complement or compliment is the correct word to use in a given context.

Noun With the loss of just one American and four Japanese carriers, including their complements of aircraft and many of their superbly trained fliers …  , Midway … put the Japanese navy at a disadvantage from which it never recovered. —

David M. Kennedy, Atlantic, March 1999 Exact observation of the outer world was the complement to a literal reading of Scripture. —

Garry Wills, Under God, 1990 The usual complement of Kremlin guards was about, one company of infantry with light arms. —

Tom Clancy, Red Storm Rising, 1986 His faults are accepted as the necessary complement to his merits. —

W. Somerset Maugham, Moon and Sixpence, 1919 The scarf is a perfect complement to her outfit. a full complement of farm animals her usual complement of attendants a ship's complement of officers “President” in “they elected her president” and “to work” in “he wants to work” are different kinds of complements. Verb Carrots often work even better than sticks, so I propose a skinny subsidy to complement the fat tax. —

Jonathan Rauch, Atlantic, December 2002 The love of Bottom's bottomless vision at least complements, if it does not transcend, the rational love of Theseus. —

Henry Louis Gates, Jr., New Yorker, 19 June 1995 … lively photographs, illustrations and cartoons designed to complement the meanings of the poems and give a leg-up to the imagination. —

Carol Ann Duffy, Times Literary Supplement, 4-10 Dec. 1987 The shirt complements the suit nicely. a delicious dinner complemented by a splendid dessert The soup and salad complement each other well. See More
Recent Examples on the Web
Noun
The Hoosiers missed Xavier Johnson's stability, Race Thompson's presence and a complement to Jackson-Davis down low on a night where little went as planned. —

Wilson Moore, The Indianapolis Star, 12 Jan. 2023 The Arhaus Plaza Barstool’s clean lines and modern aesthetic complement any kitchen or dining space, but the price tag may steer budget-savvy buyers away. —

Addie Morton, Better Homes & Gardens, 6 Jan. 2023 Lanzolla notes that the most effective boards have a diversity of knowledge and independent directors with digital expertise that complement and support the CEO’s vision. —

Lila Maclellan, Fortune, 6 Jan. 2023 The difference is that when the Heat added James Posey, there was ample talent to complement. —

Ira Winderman, Sun Sentinel, 23 Dec. 2022 Knowing my strengths and weaknesses and hiring the right people to enhance my impact complement and assist. —

Chris Federspiel, Quartz, 13 Dec. 2022 Heimlicher could either replace — or complement — fellow edge rushers Laiatu Latu and Grayson and Gabriel Murphy, depending on their decisions whether to return for 2023 or opt for the NFL draft. —

Los Angeles Times, 11 Dec. 2022 Opting for ad formats that complement, rather than disrupt, the consumer experience while incorporating brand messaging in an authentic way can help brands keep their creative responsible. —

Sergii Denysenko, Forbes, 11 Nov. 2022 Stocks and bonds are a complement to each other, akin to the peanut butter and jelly in that free lunch. —

Brian Steinberg, Variety, 18 Jan. 2023 Celebrities like Nicky Hilton Rothschild and Megan Fox have recently been spotted wearing the trend, which can be paired to winterize a sophisticated style, or worn to complement an already comfy look. —

Lauren Fischer, Peoplemag, 12 Jan. 2023 Over time, other threads emerged to complement her legend. —

Scott Johnson, The Hollywood Reporter, 11 Jan. 2023 Successful collaborations often involve the coming together of partners who are able to complement each other to bring positive change. —

Irma Becerra, Forbes, 29 Dec. 2022 It’s an unpretentious menu meant to complement the brewery’s ever changing options, with a Wisconsin welcome that includes a healthy dose of cheese curds with his own spin. —

Kristine M. Kierzek, Journal Sentinel, 27 Dec. 2022 Of course, Zendaya’s ensemble had to complement her new ’do. —

Alex Kessler, Vogue, 21 Dec. 2022 These two quite different books complement each other nicely. —

These example sentences are selected automatically from various online news sources to reflect current usage of the word 'complement.' Views expressed in the examples do not represent the opinion of Merriam-Webster or its editors. Send us feedback.

Middle English, "means of completing, consummation," borrowed from Anglo-French & Latin; Anglo-French, "carrying out" (also continental Middle French), borrowed from Latin complēmentum "something that fills out or completes," from complēre "to fill, make up, carry to completion" + -mentum -ment — more at complete entry 1

1602, in the meaning defined at intransitive sense 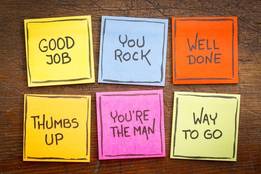 The distinction between the two is clear (now).

1
: something that fills up, completes, or makes perfect
2
: full quantity, number, or amount
a ship's complement of officers and crew
3
a
: the angle that when added to a given angle equals 90 degrees
b
: the set of all elements not included in a given mathematical set
4
: an added word or group of words by which the predicate of a sentence is made complete
"president" in "they elected her president" and "to work" in "he wants to work" are different kinds of complements
5
: a heat-sensitive substance in normal blood that in combination with antibodies destroys antigens (as bacteria and foreign blood corpuscles)

: to form or serve as a complement to
a shirt that complements a suit

1
: a group or set (as of chromosomes or DNA) that is typical of the complete organism or one of its parts see chromosome complement
2
: a complementary color
3
: the thermolabile group of proteins in normal blood serum and plasma that in combination with antibodies causes the destruction especially of particulate antigens (as bacteria and foreign blood corpuscles)

More from Merriam-Webster on complement