1a : a space of time between events or states a two-month interval between medical treatments There were long intervals during the game in which nothing exciting happened.
b British : intermission There was a twenty minute interval between acts two and three.
2 : the difference in pitch between two tones
3 : a space between objects, units, points, or states The posts were set up at regular intervals along the road.
4 : one of a series of fast-paced or intense physical exercises alternated with slower or less intense ones or brief rests for training (as of an athlete) — see also interval training
5 : a set of real numbers between two numbers either including or excluding one or both of them
Other Words from interval Synonyms & Antonyms More Example Sentences Phrases Containing interval Learn More About interval

Other Words from interval

Examples of interval in a Sentence

These example sentences are selected automatically from various online news sources to reflect current usage of the word 'interval.' Views expressed in the examples do not represent the opinion of Merriam-Webster or its editors. Send us feedback.

First Known Use of interval

History and Etymology for interval

The first known use of interval was in the 14th century 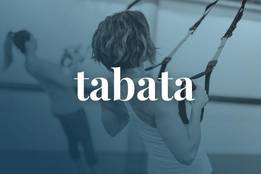 1 : a period of time between events or states There was a short interval between shows.
2 : a space between things Signs were posted at regular intervals.
3 : the difference in pitch between two tones

: a space of time between events or states intervals between pregnancies

More from Merriam-Webster on interval