1 : one that burns: such as
a : the part of a fuel-burning or heat-producing device (such as a furnace or stove) where the flame or heat is produced
b : a device for recording data on an optical disk
2 : an athlete who possesses great speed
3 : burner phone We got back in the front of the van and I leaned over and checked the glove box. There were two cell phones in there, both pre-paid burners with a set number of pre-paid minutes, both still in their drugstore packaging, effectively untraceable if bought with cash …— Lee Child
4 medical : stinger sense 4 He missed two games late in the season because of what athletic trainers call "cervical burners," a fairly appropriate description of the pain that would originate in Wadsworth's neck and shoot down his body.— Emily Dorman

Examples of burner in a Sentence

These example sentences are selected automatically from various online news sources to reflect current usage of the word 'burner.' Views expressed in the examples do not represent the opinion of Merriam-Webster or its editors. Send us feedback.

First Known Use of burner

Our team at The Usage has selected the best gas range of 2021.

The first known use of burner was in the 14th century 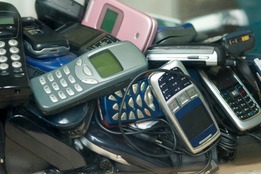 Will the new sense of 'burner' stick around, or will people burn through it?

on the back burner

on the front burner

: the part of a stove or furnace where the flame or heat is produced

More from Merriam-Webster on burner