1
a
: inspiring awe
an awesome task/responsibility
a place of awesome beauty
b
informal : terrific, extraordinary
had an awesome time at the concert
2
: expressive of awe
awesome tribute

Is the Word awesome Overused?

Many object to the use of awesome to describe something (such as a sandwich) that does not literally elicit feelings of awe. Yet the same people who insist that awesome should be used only of weighty subjects (Niagara Falls, man landing on the moon) will happily use the word awful in reference to something (such as a mess) that falls distinctly short of being “full of awe.” This weakened sense was once considered improper – in fact, complaints about it persisted through the early decades of the 20th century.

The change in meaning that awesome is undergoing may be more recent than that of awful, but both words are treading the same path. For evidence that such change is normal, we need look no further than awe, which originally meant “terror” and now carries the weaker sense “wonder.”

the awesome sight of an erupting volcano It was an awesome responsibility. We had an awesome task ahead of us. We had an awesome time at the concert. You did an awesome job on that project. The movie was totally awesome. See More
Recent Examples on the Web The original Countach is one of those cars that is awesome both despite and because of its flaws.

Jr Radcliffe, Journal Sentinel, 18 Nov. 2022 To be able to have that opportunity to take off and pick the brains of the older guys was awesome.

Shakeia Taylor, Chicago Tribune, 14 Nov. 2022 And what's really awesome about all the ideas in this gallery, there is something for every skill level.

Charlyne Mattox, Country Living, 13 Nov. 2022 He was assigned to Desmond Bane (and man, Bane is awesome), and did a really good job of getting into him and making his life difficult.

Andy Larsen, The Salt Lake Tribune, 30 Oct. 2022 Underneath his challenging behavior, my kid is awesome.

Melissa Petro, Time, 3 Nov. 2022 The drive is awesome, and the area is made for exploring.

These example sentences are selected automatically from various online news sources to reflect current usage of the word 'awesome.' Views expressed in the examples do not represent the opinion of Merriam-Webster or its editors. Send us feedback. 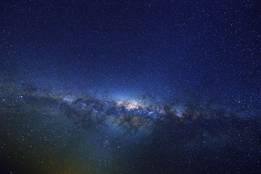 More from Merriam-Webster on awesome